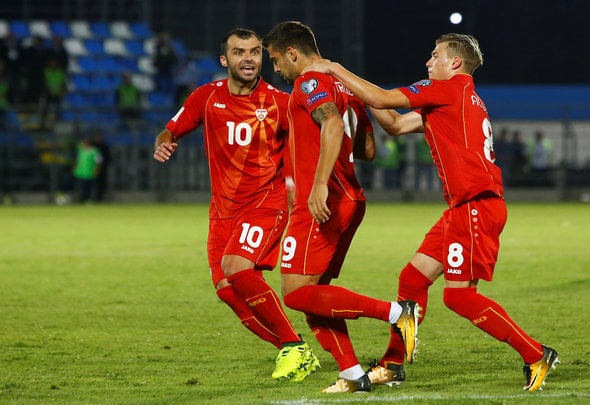 Ezgjan Alioski helped Macedonia to a 1-1 draw against Albania on Tuesday night – and Leeds United fans took to Twitter to rave about his performance.

The 25-year-old attacker completed 90 minutes as his nation picked up a point at home in their World Cup qualifier, with Aleksandar Trajkovski scoring an equaliser from the penalty spot.

Macedonia are out of the running for qualification, but were drawn a difficult group alongside European heavyweights Spain and Italy.

Alioski has become a regular on the international stage for his country and picked up his 15th cap on Tuesday.

Leeds supporters on social media were thrilled with the winger’s contribution for Macedonia and believe he made a positive impact on the game.

Alioski best player on park this half #alaw #mot

Never thought I'd ever watch a Macedonia game!! It's the Alioski effect @LUFC @MacedonianFooty pic.twitter.com/2YAgzkvj3G

What is it with @LUFC once its got hold of you my god I'm sat watching Macedonia v Albania just to make sure Alioski doesn't get injured!

Alioski moved to Elland Road in the summer and has quickly endeared himself to the Leeds faithful after a blistering start.

The left winger has played seven times so far for the Whites, scoring one goal and supplying three assists in return.

He has become a regular feature in Thomas Christiansen’s starting line-up and excited fans with his trickery and goal threat, which has seen the Yorkshire giants make an unbeaten start to the Championship season.

Alioski is enjoying his first taste of English football and left Swiss side Lugano behind in the summer, who he scored 17 goals for last season in just 36 appearances.

In other Leeds news, the club’s supporters reacted to the reported injury sustained by their striker.