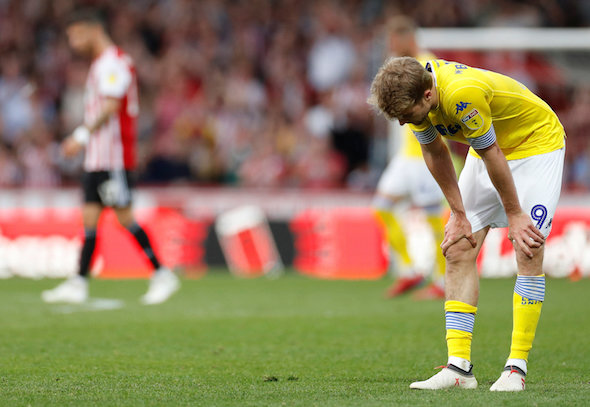 Danny Mills has claimed Patrick Bamford “doesn’t quite look up to the task” of being the main centre-forward for Leeds United.

Speaking exclusively to Football Insider, the ex-England and United defender has been unconvinced since Bamford signed from Middlesbrough last season for £7million.

The striker signed a lucrative four-year contract that a Leeds source has told Football Insider is worth around £30,000-a-week, which instantly made him one of the club’s top earners.

The 25-year-old has had a debut campaign disrupted by two serious knee injuries, mixed form and occasional glimpses that persuaded United to shell out their biggest transfer fee in a decade-and-a-half.

“Bamford hasn’t quite done it and doesn’t quite look up to the task,” Mills told Football Insider. “You need a striker who can score you 20-25 goals, and Leeds haven’t had that.

“I know Bamford and [Kemar] Roofe have both had injuries, and they’re good players, but they’ve not done quite enough. Leeds need a new striker who can be relied upon to hit big numbers.”

Bamford has scored 10 goals from 25 matches this season, including nine in 22 league matches, with only Roofe (15) and Pablo Hernandez (12) scoring more times.

The ex-England Under-21 international blotted his copybook with his playacting against Aston Villa, which resulted in a two-match suspension and ruled him out of the play-off opener against Derby County.

In other Leeds United news, Danny Mills names the ‘available’ player the club must sign to secure promotion next season.