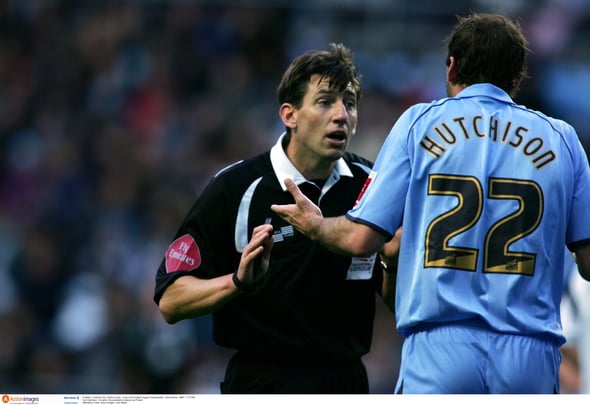 The ex-Anfield icon took to his personal Twitter account on Monday afternoon to deliver the critical three-word assessment of Jurgen Klopp’s first full season in charge at Liverpool.

Klopp’s side thrashed West Ham 4-0 on Sunday in their penultimate game of the season, which moved them four points clear of fifth-placed Arsenal in the race to finish in the Premier League’s top four.

However, despite the prospect of Champions League football returning to Anfield next season, Hutchison does not think this season has been good enough for Liverpool.

The Merseyside outfit spent much of the winter challenging at the top of the Premier League table, and were well-positioned for a title push in second-place at the start of January.

But a poor run of results, triggered by their continued defensive frailties, saw them fall as low as fifth, but they have regained valuable ground in recent weeks.

They have lost just once from their last 10 Premier League matches, and face relegated Middlesbrough on the final day, with continental qualification not yet secure.

Meanwhile, their showing in domestic cup competitions was also a dismal effort, leading to speculation over Klopp’s future as manager.

Having struggled to overcome Plymouth in the FA Cup Third Round, Liverpool were eliminated at the next stage by Championship outfit Wolves, while they also lost in the Capital One Cup semi-final to Southampton.

In other Liverpool news, Dejan Lovren has revealed where the club must improve ahead of next season.