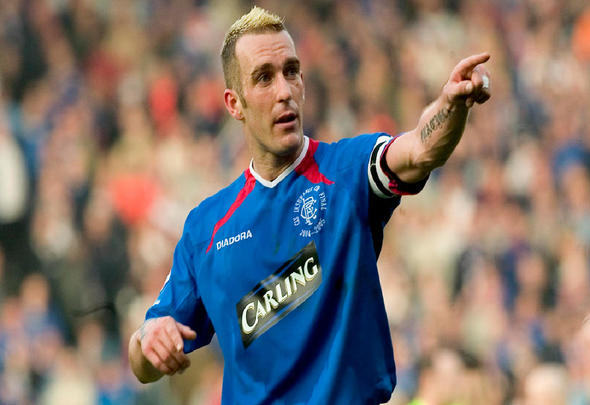 Thousands travelled down to Fleetwood’s Highbury Stadium on Saturday which saw a team of Gers legends take on an England XI in an attempt to raise money for Ricksen’s motor neurone disease foundation.

Hutchison was among a number of former stars such as Teddy Sheringham, Darren Adnerton, Trevor Sinclair, Paul Ince, Alex Rae and Michael Mols.

But, it was the Rangers fans who the Gateshead-born midfielder paid tribute to after the game, stating on his personal Twitter account that he had never played in front of a better crowd.

Well I’ve played in some vets games b4! I’ve never ever played in front of a better set of fans! RANGERS 🇬🇧 #fernandorickson @RangersFCwtp

Ricksen, 40, had a fine playing career and starred for Rangers for six years between 2000 and 2006 while also being capped for national side Holland.

However, in 2013 he had revealed he was terminally ill and had been diagnosed with the devastating disease.

He is still fighting four years later and while Rangers fans can be hailed for the fantastic noise they made, it was also an incredible gesture to travel down for one of their past greats.