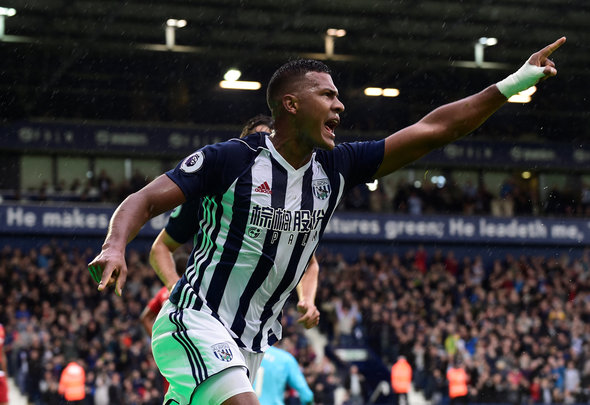 Don Hutchison has surprisingly claimed that Everton should have signed West Brom striker Salomon Rondon in the summer transfer window.

Rondon, 28, has not been a prolific forward since moving to the Premier League from Zenit St. Petersburg in 2015, scoring just 18 times in 81 top-flight appearances in England.

He has struggled to get into a rhythm since moving to the Hawthorns and his run of poor form has continued this term with him finding the net just twice in 11 games across all competitions.

However that hasn’t stopped former Everton midfielder Hutchison, 46, from suggesting that Ronald Koeman and Steve Walsh should have tried to bring in the Venezuela international to replace Romelu Lukaku, as well as saying that Leicester’s Jamie Vardy would have been a decent shout.

“Everton did have a good window! Should have bought Vardy or Rondon though,” he said on his personal Twitter account.

Rondon would have perhaps accounted for the physical edge that Lukaku brought to the Everton attack before his big-money move to Manchester United in the summer, however the ex-Malaga forward would no doubt have struggled to match his scoring record.

Koeman saw himself sacked last week which was perhaps largely down to the fact that he failed to replace Lukaku amicably in the summer.

Sandro Ramirez was snapped up from Malaga, but he is still yet to score his first goal for the club while Oumar Niasse has returned from the fringes to show that he is the most effective option up front at the moment.

In other Everton news, Farhad Moshiri is convinced that this is the man to replace Koeman and could have him through the door at Goodison by Monday.