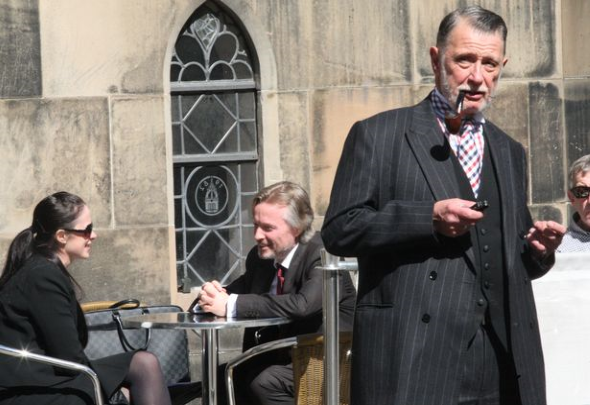 Former Rangers vice-chairman Donald Findlay QC has said he would have gone after the likes of Eddie Howe, Sean Dyche or Rafa Benitez as the next Rangers manager – and admitted that he does not think the Gers will return to the top of Scottish football until the current board are “cleared out lock, stock and barrel” from Ibrox.

Gerrard was confirmed as the new Gers boss last week after agreeing a four-year deal with the Ibrox giants but Findlay thinks the Gers should hve gone for a more experienced Premier League manager.

Findlay, now chairman of Cowdenbeath, also doubts whether Gerrard will be given the money needed to mount a sustained title challenge next season.

“Steven Gerrard is a gamble,” Findlay said, as quoted by The Scotsman.

“I would have gone for more experience and banged on Sean Dyche’s door or Eddie Howe’s and said: ‘This is Rangers, you can be kings here.’ Or, though I don’t know if he would have moved, said to Rafa Benitez, ‘Come and look at Ibrox’, and taken him straight to the trophy room.

“But my biggest concern is whether the new manager, Gerrard in this case, will be given the money he needs. Would you get a straight answer from the Rangers chairman? And if you did would you not question it anyway?

“I’m afraid I don’t think Rangers are going to return to where they were until the present lot are cleared out lock, stock and barrel.”

Findlay is losing the plot if he thinks the likes of Howe, Benitez or Dyche would walk away from a comfortable job in the Premier League to take the reins at Ibrox just now. It may have slipped Findlay’s attention but the Rangers board he was part of eventually drove the club to near-extinction before he then represented the man who tried to finish the job off in court when he defended Craig Whyte against allegations of fraud relating to his takeover to the Ibrox giants. Findlay’s comments are a throwback to those who think it is still 1997 and Rangers can compete financially with the biggest clubs around the world. Perhaps next Findlay will recommend that Rangers should check out that guy Mo Salah who is having a decent run of form at Liverpool or maybe a swoop for Harry Kane might be right up the former Gers vice-chairman’s street.