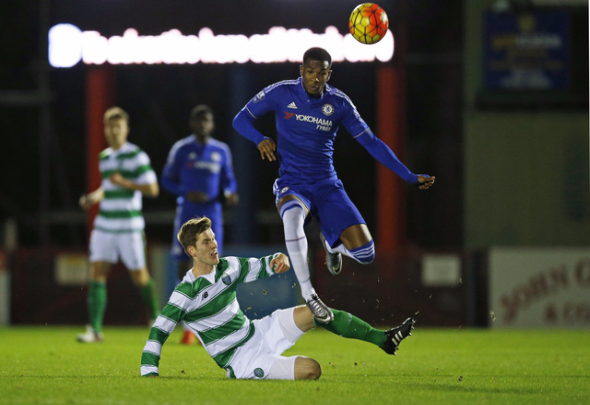 Celtic defender Jamie McCart has made the switch to fellow Premiership side Inverness until the end of the season, it was confirmed on Tuesday.

The 19-year-old centre-back is a product of the Hoops’ youth academy and has been a part of the club’s set-up throughout his professional career.

However, the club decided to allow him to complete his first loan move on deadline-day and Celtic revealed on their official Twitter account that the player had agreed personal terms with the Caley Jags.

Good luck to @JamieMcCart123 who joins #SPFL side @ICTFC on loan until the end of the season! 👍 pic.twitter.com/ex7QvEni1H

Richie Foran’s men are currently propping up the Premiership table with just 17 points from their 22 fixtures this season.

They are in desperate need of a new defender and have conceded an alarming 40 goals from their league matches this season.

McCart could help the club improve on the defensive front, but he has played just once for the Celtic senior team, making a substitute appearance against Motherwell in the League Cup last August.

The Hoops’ defence is currently occupied by senior duo Jozo Simunovic and Dedryck Boyata, while Erik Sviatchenko is also battling for a place in the team, meaning McCart is likely to see more first team football at Inverness.

A loan deal is the right move for McCart at this stage of his career. At 19, the player will soon stop being an emerging star in the youth ranks and one which Brendan Rodgers will expect to have fulfilled his potential. His appearance against Motherwell last year showed that the player is in the thoughts of the manager’s and he must now go and impress. The Inverness defence will not be an easy starting point and many will be expecting him to stand up while others are lacking at his young age. A tough start for the youngster, but one that is needed for him to even be considered at a huge club such as Celtic.

In other Celtic transfer news, this Hoops 28-year-old is set to join a Championship side.