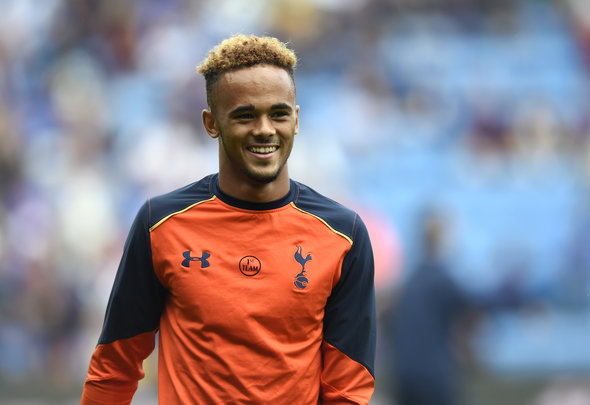 Tottenham midfielder Anton Walkes has completed a move to MLS side Atlanta United , it was announced on Thursday evening.

Spurs confirmed on their official Twitter account that the 19-year-old has completed his switch to the American side.

He has joined on a six-month loan deal and will hope to experience regular first-team football.

Spurs manager Mauricio Pochettono has shown a real desire to introduce youngsters to his senior squad this season, with the likes of Marcus Edwards and Cameron Carter-Vickers two of the promising youngsters to get a chance.

Walkes was given his senior debut by Pochettino this season in the EFL Cup third-round victory against Gillingham.

The midfield enforcer is mainly used as a defensive screen and has impressed in the club’s Under-23s this season.

He will now get the chance to continue his development across the Atlantic in America and will playing with MLS club Atlanta United.

Spurs have done the right thing by allowing Walkes to move away from White Hart Lane on loan as he can continue his development with regular football. The central midfielder is regarded as one of the best youngster in the club’s academy and a loan move is certainly the next step in his career. Harry Kane proved that loan spells can help players and he is now a crucial member of Spurs’ first-team. Walkes was unlikely to get many more opportunities this season as the senior squad already have several talented midfield options, including the likes of Mousa Dembele, Victor Wanyama and Eric Dier. He will hope to impress Pochettino during his loan spell and could certainly break into the first-team in the future.

In other Tottenham transfer news, an emerging star has been given the green light to train with the club.