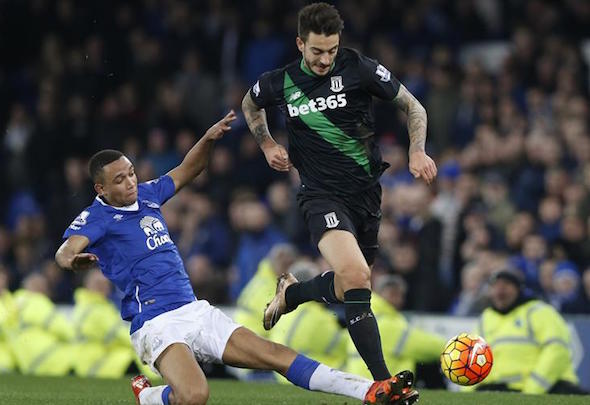 Everton defender Brendan Galloway has joined West Brom on a season-long loan, it was announced on Monday.

The Midlands club announced on their website and Twitter account that the left-back will spend the entire campaign at the Hawthorns on a deal that does not include a release clause.

“My aims are to play and work hard for the team and help win as many matches as I can, it’s all about winning.
“I think for me personally, it’s really important to gain more experience. Coming here is the perfect opportunity to do that.
“I can’t wait to get started and put the shirt on.”

This comes after the Chronicle’s chief sports writer Lee Ryder reported on Monday morning that Galloway’s expected move to Newcastle had collapsed.

It has been widely reported the Everton left-back was headed to the north-east giants for the season but West Brom have won the race.

Galloway has made 21 senior appearances for the Toffees, including 19 in the left-back role last season while Leighton Baines and Bryan Oviedo recovered from injuries.

Now, with both players back and vying for first team football under the new boss Ronald Koeman, the decision was taken to send him out on loan for more first-team experience.

Galloway came through the ranks at MK Dons where he made his senior debut aged 15 in the FA Cup first round becoming the club’s youngest-ever player.

He moved to Everton in 2014 and signed a new contract extension last December that will see him stay at Everton until June 2020.

In more Everton transfer news, the Toffees have been given some hope in the pursuit of this La Liga 27-year-old.