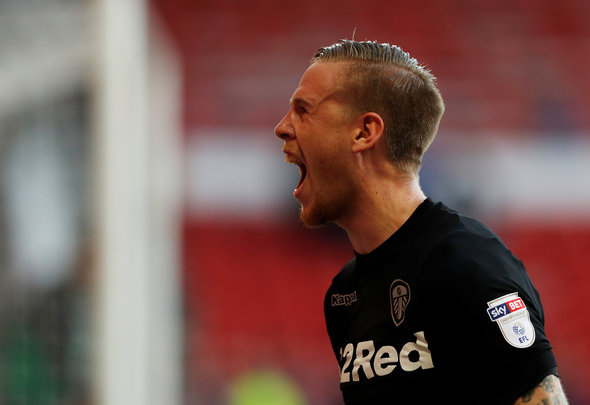 Leeds have confirmed that Pontus Jansson has agreed terms to a new long-term deal at Elland Road.

The Whites announced on their official Twitter account and official website on Wednesday that Jansson, 26, had penned a fresh five-year deal that keeps him at Elland Road until 2022.

Jansson has not been in the greatest of form as of late and was axed from Thomas Christiansen’s starting line-up against Bristol City at the weekend.

However the Sweden international is largely seen as one of the stand-out players behind the Whites’ rise from perennial underachievers to Premier League promotion contenders.

The key first-team player has made 11 appearances across all competitions this season and was a pivotal part in the side’s early run of results that saw them go top of the Championship table briefly after helping keep six clean sheets in a row.

He has made a total of 47 appearances and scored three goals since joining the Yorkshire giants from Serie A Torino last year on an initial loan deal that was made permanent in the summer.

Jansson has not been in the best form for the Whites as of late, something which he admitted to on Instagram, so it is a bit strange that he has been handed this deal after being dropped at the weekend. However Andrea Radrizzani and the Leeds hierarchy have made a point about handing their best players new deals to solidify their future and ensure there are no more repeats of how Charlie Taylor exited Elland Road in the summer. Jansson, although not in the best form, is a great player and has the ability to play in the Premier League one day. However Leeds fans will no doubt be hoping that he is featuring in the top-flight with them.

In other Leeds United news, fans slaughtered this senior player for his performance against Leicester on Tuesday and are urging the club to sell him in January.