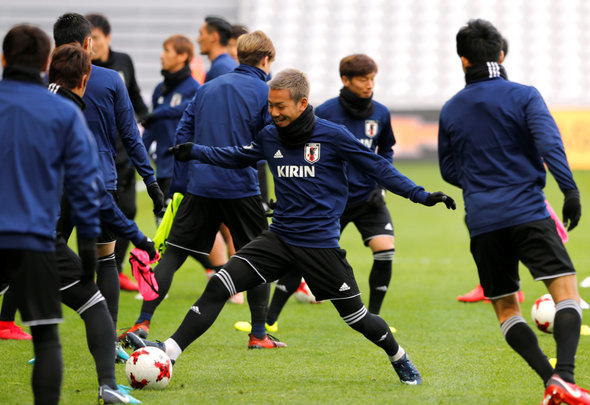 Leeds United have completed the signing of Japanese international midfielder Yosuke Ideguchi.
He becomes the first Japanese player to play for the club, but is set to be loaned out to Spanish Segunda Division side Cultural Leonesa until the end of the season.
The news was confirmed on the official Leeds Twitter account on Tuesday morning.

Ideguchi, who has signed a four-and-a-half year deal which will keep him at Leeds until 2022, has some pedigree.
He has been capped 10 times by Japan and scored two international goals.
He could also represent Japan in the 2018 World Cup, which would give his arrival at Elland Road for pre-season a real lift.
Ideguchi joins after Leeds have already added Finnish defender Aapo Halme from HJK Helsinki for an undisclosed fee.
He signed a four-year deal and will go straight into Carlos Corberan’s U23 side.
Left-back Laurens De Bock is expected to be announced shortly after completing a medical at Elland Road today.
Football Insider verdict:
It’s a great deal for Leeds, especially if Ideguchi does go on to star in the World Cup this summer. The deal does seem odd though, with a player of his calibre being loaned out to a struggling Spanish second division side. Perhaps he is in need of match fitness, but according to reports his work permit isn’t a problem so there must be some underlying reason.
In other Leeds transfer news, one European defender is set to have a medical with the Whites within hours.
We’ve launched a << BREAKING NEWS FEED>> exclusively for your club. ‘Like Us’ on Facebook by clicking here if you want 24/7 updates on all Leeds United breaking news.