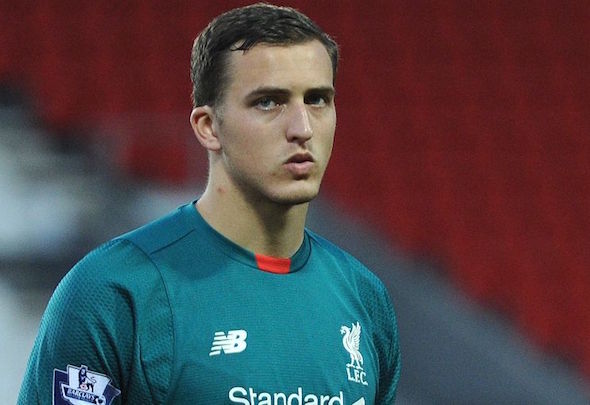 Liverpool reserve goalkeeper Ryan Fulton has joined Portsmouth on a youth loan, it was announced on Friday afternoon.

The 19-year-old has signed temporary terms with the League Two club until the end of the season after Danny Ward was recalled from his loan spell at Aberdeen earlier this month.

Ward, who began the season behind established No1 Simon Mignolet and Adam Bogdan in the Liverpool keeper pecking order, was named on the substitute’s bench for the team’s Premier League clashes against Arsenal and Manchester United last week.

This came after Jurgen Klopp lost patience with Bogdan, who made high-profile errors against Exeter and Watford when he stood in for Mignolet.

Fulton is the regular for Michael Beale’s Under-21s team at Liverpool and played against Leeds on Tuesday night but has been loaned out to create game opportunities for Ward, 22.

Fulton, who has been at Liverpool since he was 10, signed a new contract with Liverpool back in December and was named on the bench for the League Cup ties against Carlisle and Bournemouth earlier this season.

The Scotland Under-21 international was also part of last summer’s pre-season tour to Thailand, Australia and Malaysia.

Bogdan was back in the match-day squad for the FA Cup replay win over Exeter on Wednesday night as Ward was not eligible.

But the Norwegian is now third in the pecking order at Anfield and, as revealed by Football Insider last week, Liverpool will listen to offers for him as they prepare to recruit a new goalkeeper.