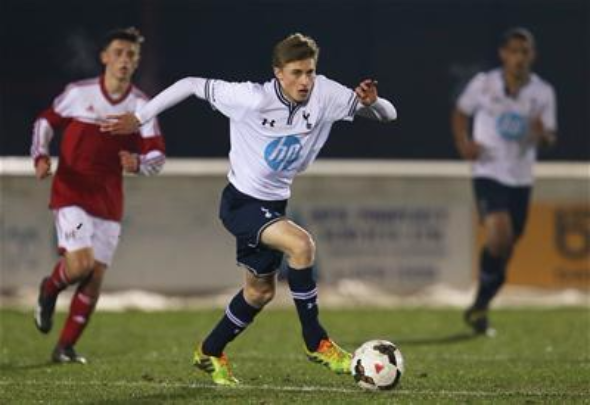 Tottenham have announced that defensive midfielder Filip Lesniak will leave the club on loan until January, subject to international clearance.

The club revealed on their Twitter account on Tuesday evening that the 20-year-old will ply his trade in the Czech Republic top tier with Slovan Liberec until January.

The young midfielder’s playing time at White Hart Lane already looked limited with Eric Dier and Moussa Dembele as competition for the defensive midfield position, but this summer Mauricio Pochettino has also added Victor Wanyama from Southampton to his squad.

With Ryan Mason and Nabil Bentaleb also above him in the pecking order, Totenham have decided to allow Lesniak out on loan.

The Slovakia Under-21 international moved to England from his homeland in 2012, although he has not yet made his competitive debut for the north London side.

The versatile youngster can also play in the centre of midfield, as well as the centre-back position and cover at left-back.

He was a star in the Spurs youth ranks last season, as he performed in 44 encounters in the Under-21’s league, scoring one goal and providing three assists.

The Czech side he will be joining will be competing in next season’s Europa League after finishing in third place in their domestic league, they have won their league title three times with the most recent one coming in the 2011-12 season.

In other Tottenham news, Belgian goalkeeper Jonathan De Bie has signed a three-year-deal with Spurs.