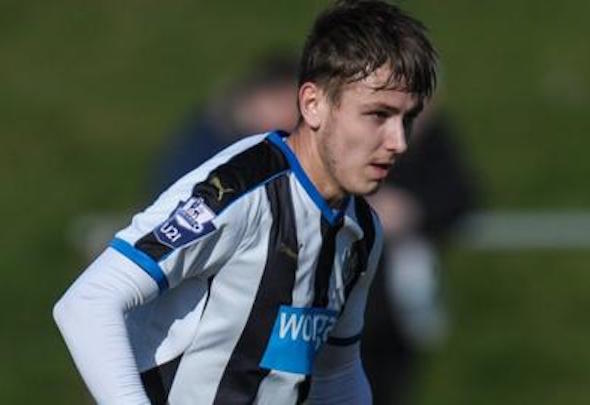 Newcastle midfielder Liam Smith has joined League One side Blackpool on a youth loan for the rest of the season, it was announced on Thursday morning.

The 20-year-old will remain at Bloomfield Road until 8 May and could make his debut in Saturday’s trip to Millwall.

Smith, who hails from South Shields, has been a regular for Newcastle Under-21s over the last two seasons, although he has yet to make his senior debut for the struggling Premier League club.

Smith, who plays principally in central midfield but can also be used out wide, signed his first professional contract last summer.

Under the terms of the youth loan, Smith will still be able to represent the Magpies at Under-21 level.

In other Newcastle news, BBC pundit Steve Claridge has claimed that they could be the best squad to ever get relegated from the Premier League in scathing attack on Steve McClaren.