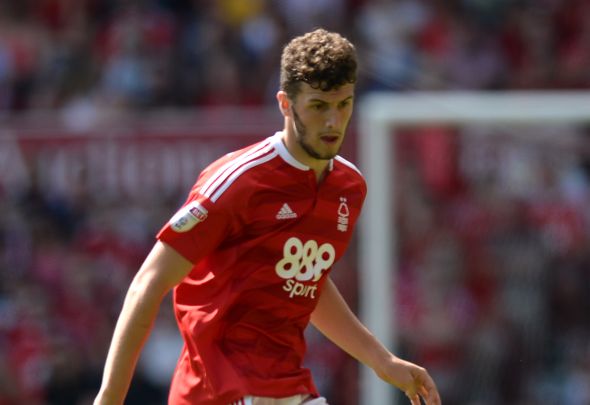 Nottingham Forest defender Alex Iacovitti has completed a loan move to English League Two side Forest Green Rovers, it has been confirmed on Monday.

The official Forest Green Rovers Twitter account and website announced that the 19-year-old would be joining their club on a season-long deal in a bid to gain more first team experience.

The loan marks Iacovitti’s second loan away from the club after he spent the first half of the 2016-17 season on loan at Nottinghamshire-based club Mansfield.

He struggled for game time at the Stags and was sent back to the City Ground halfway through his season-long deal after playing just eight times.

However, last season also saw him start Nottingham Forest’s first two league matches of the 2016-17 campaign as he was named in the line-up against both Burton and Brighton.

Those two appearances mark his only to date in the Forest first team and he will now be looking to impress at newlly promoted Forest Green Rovers.

Forest are currently set-up well in the centre-back positions with each of Michael Mancienne, Matt Mills and Jack Hobbs in their ranks and that means that Iacovitti would be lucky to get any pitch time for the club. Now, at 19 he must progress from the youth ranks and look for more senior football in order to continue his development. However, with a struggling loan spell at Mansfield as well as having just one-year remaining on his contract at Nottingham Forest it is likely that his future lies elsewhere.

In other Nottingham Forest transfer news, a reliable journalist provided an update on Forest’s pursuit of this midfielder.