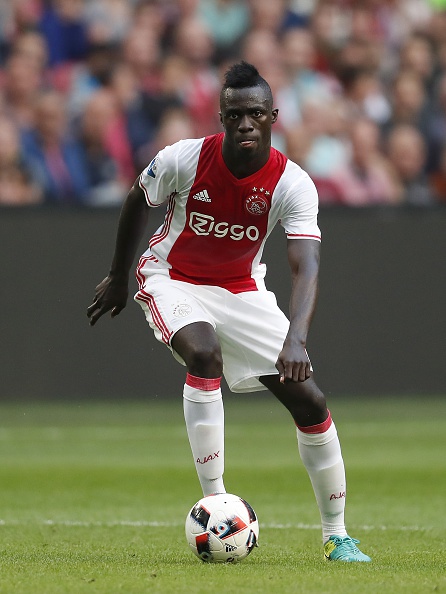 Tottenham Hostpur fans have expressed their overwhelming happiness on social media after the club confirmed their first signing as Ajax defender Davinson Sanchez.

The 21-year-old has penned a six-year-deal with the side and comes just hours after boss Mauricio Pochettino revealed that he wanted to make four new signings.

The north London club made the announcement on their official Twitter account on Friday and said that the move was “subject to medical and work permit”.

The Colombia international, 21, has signed a contract with the Club until 2023. Full story – https://t.co/PX9ri1Fovd pic.twitter.com/U1C3YBEGuy

Fans shared their delight at the club’s new defender on social media, while a number of supporters took the opportunity to dig at their rivals Arsenal by claiming that he was the best Sanchez in north London.

WE HAVE FINALLY SIGNED A PROFESSIONAL FOOTBALL PLAYER. THIS IS NOT A DRILL. SOMEONE HOLD ME.

Davinson was happy to be the first new addition to Pochettino’s side and said that the transfer to Tottenham would help him grow.

The Colombian said: “I would like to thank the coach, management, players and fans of Ajax.  It is a great move for me to come here to develop my career.”

Davidson spent just a single season at Ajax after moving from Atletico Nacional, and was awarded the ‘Rinus Michels’ Player of the Year Award for his debut campaign with the Dutch side.

During his single season at Ajax the 21-year-old was also called up for his senior international debut with Colombia in November 2016 against Argentina, where his side suffered a 3-0 loss during the World Cup qualification rounds.

In other Tottenham news, Spurs boss Mauricio Pochettino has responded to this Alderweireld blow.