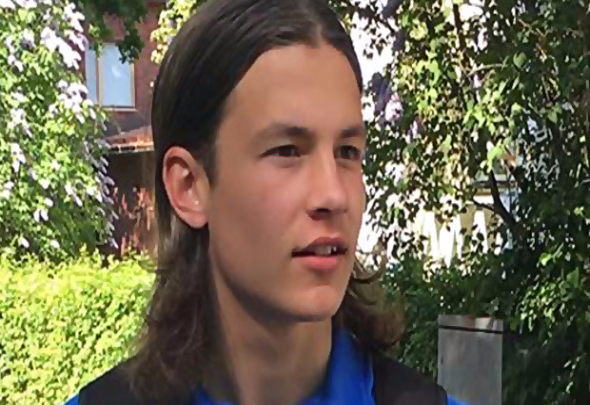 Finnish midfielder Maximus Tainio has completed a move to the Tottenham academy, it was announced on Monday.

The young starlet is the son of former Spurs midfielder Teemu Tainio and the north London side have moved quickly to secure his signature.

Finland giants HJK Helsinki confirmed the player had left for Tottenham on their official club website on Monday afternoon.

Young Tainio is just 15 years of age, but he is considered a bright prospect and it is stated that Spurs have handed him a deal until 2019.

Carroll has featured just three times for his side this season and it is believed that he is surplus to requirements after being once thought of as a bright prospect.

Now, Tainio will be hoping to have a career more like his father’s at Tottenham than the one the departing Carroll had.

The experienced Tainio played 83 times for Spurs during his three years at the club between 2005 and 2008 and he is still remembered fondly.

This could prove a very good bit of business for Tottenham in the future. The scouting set-up led by Paul Mitchell at the club has a very strong reputation, while Mauricio Pochettino also has a good track record of bringing through young talent. This could prove to be another midfield gem identified by the club, who also plucked current star Dele Alli from League One outfit MK Dons at a young age. Tainio is unlikely to make his way into the Spurs side right now, but in a few years time he could become a very valuable asset for the club.

In other Tottenham transfer news, these Premier League sides are eyeing a move for Spurs defender.