The door is open for Everton to make a move for World Cup winner Mario Gotze after confirmation of his Borussia Dortmund exit today.

Gotze had previously signalled he was in line to leave the German giants when his contract expires this summer.

That has been confirmed by Dortmund sporting director Michael Zorc to Sky Germany today.

“We will part ways with Mario Gotze this summer,” he said. “It was a mutual and respectful decision. Mario is a great man.”

“I’m thinking [he could join] clubs like Everton or West Ham or some Italian middle-of-the-table club,” wrote Rummenigge in his Sportbuzzer column in March.

The former boy wonder has dropped to the fringes of the Dortmund side this season and has made just five Bundesliga starts among 20 appearances in all competitions. 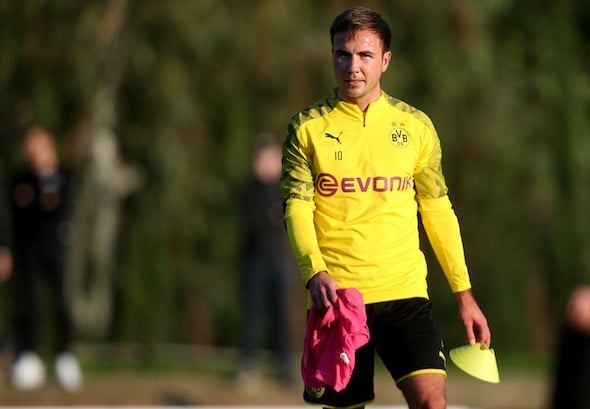 But he has great pedigree and a CV that includes the winning goal at the 2014 World Cup, five Bundesliga titles and four German Cup trophies.

Gotze has made 63 international appearances for Germany, and also featured in a combined 332 club games during his spells with Bayern Munich and Dortmund.

In other news, it can be REVEALED that the club are plotting signing a Newcastle ace who has house next to their training ground.