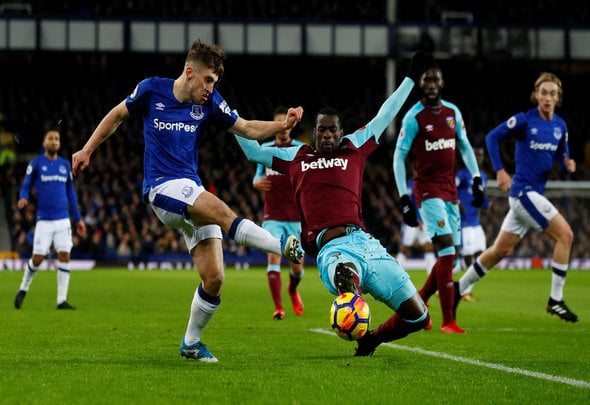 West Ham midfielder Pedro Obiang has been ruled out of action for the rest of the season following an operation to a knee injury sustained in January, according to the club.
The Hammers official website delivered the Spanish midfielder’s update after he went under the knife to repair medial knee ligament damage following a crunching tackle with Wigan Athletic’s Max Power during the side’s 2-0 fourth round FA Cup defeat in Lancashire.
Medical staff at the Hammers have said that although the 25-year-old’s operation was a success, it would likely mean his return will not be until pre-season, which effectively ends a return during the current campaign.
Speaking on the club’s official website, Head of Medical Gary Lewin, gave the news: “Pedro has undergone surgery to repair the medial collateral ligament, and we’re delighted with how it went.

“Pedro is likely to be out for a little while, but we are confident that he will return fit and strong in ample time for pre-season.”

Obiang’s prognosis will come as a huge blow to the club’s chances of remaining in the Premier League this season as they cling on to their top-flight status.
The 25-year-old now joins Andy Carroll and Edimilson Fernandes as the club’s long-term absentees.
With results lately not going the way of David Moyes’ side, they have slipped to 12th in the table – just three points above the relegation zone.
It would seem that bad news is following the Scottish manager wherever he goes at the moment.
The former Manchester United boss has had his future at the club thrown under the spotlight with suggestions that one of Marco Silva or Rafa Benitez could be in line for his job at the end of the campaign.
In other West Ham news, top-flight boss being lined up to replace Moyes at Hammers.