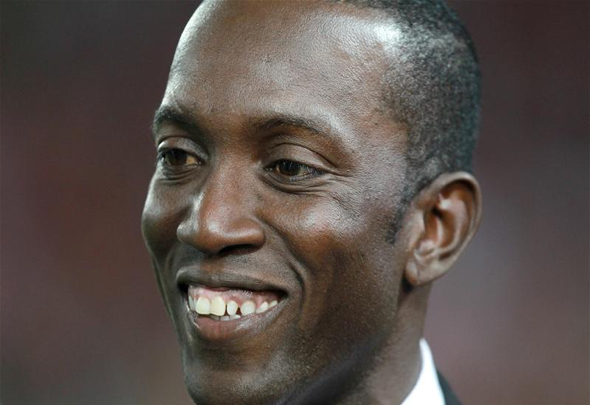 Former Manchester United striker Dwight Yorke believes that Liverpool have what it takes to win the Premier League this season.

Liverpool host Man United on Monday night in one of the biggest Premier League clashes of the season so far, and Jurgen Klopp’s team will be looking to heap pressure on their under-performing rivals in front of a charged Anfield.

Yorke, who helped Man United win the treble in 1999 believes this could be the year that Liverpool finally end their search for the Premier League title.

Talking to 888sport, Yorke said, “This is the year where four, even five, teams could win [the Premier League].

“It’s very hard to predict who is going to win which is a good thing because in seasons past it was easy to say who would finish in the top two.

“That’s not the case anymore and Liverpool have a genuine chance of winning the Premier League this year that’s for sure.”

If that’s music to the ears of Liverpool fans, they won’t like Yorke’s assessment that the Liverpool v Man United clash is no longer the biggest the Premier League has to offer.

“It’s a game full of history and rivalry but perhaps not so much in the modern day”, said Yorke.

“This was the game we all looked forward to in my day but now with the two Manchester clubs being where they are that is the bigger game… The Liverpool game still has the intensity and history but the derby is bigger now.”

Liverpool are currently fourth in the Premier League and could go top if they beat Man United and the other results go their way.

Man United are in sixth and a defeat at Anfield on Monday night would leave them struggling to keep pace with the top.

In other Liverpool news, Ryan Giggs delivered this warning to a Liverpool star ahead of the crunch game on Monday.