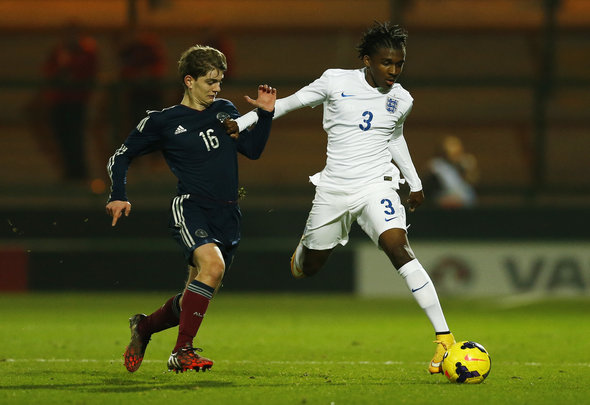 A trio of English sides are all in the hunt to try and sign West Ham’s promising young defender Vashon Neufville in January, according to a report.
The Daily Mail claim on their website that the 18-year-old left back has caught the attention of League One clubs Bradford, Doncaster and Northampton after impressing for the Hammers’ youth and reserve teams this season, with a six month loan move readied to give the youngster a taste of first team action.
Yet to feature for the senior side at the London Stadium, Neufville has eight appearances under his belt for the club’s under-23 squad this season, including two EFL Trophy outings, to make it a total of 33 displays for the reserves.
Football Insider verdict
West Ham will no doubt have plans lined up for Neufville’s future, and they will have to make the decision whether shipping him out on loan right now is the right thing for him. He has shown promise, with regular appearances at under-23 level, but is yet to make that step up to the senior squad. Will he be offered the chance in the FA Cup? After a busy couple of games, David Moyes could look to rotate and rest some of his players, with the club’s Premier League survival set to be the priority for the second half of the season. Plus, having been drawn against League One side Shrewsbury Town, he would be playing against the same level of competition if he were to depart for one of his reported potential suitors.
In other West Ham transfer news, an English boss has confirmed his desire to snap up a double deal from the Hammers.
We’ve launched a << BREAKING NEWS FEED>> exclusively for your club. ‘Like Us’ on Facebook by clicking here if you want 24/7 updates on all West Ham breaking news.