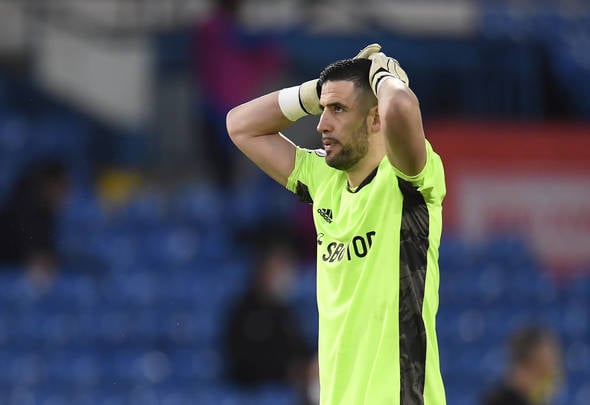 Noel Whelan has admitted he is surprised Kiko Casilla is still at Leeds United ahead of a potential summer exit.

The former Leeds striker, speaking exclusively to Football Insider, insisted the Whites needed to replace the goalkeeper this summer after a controversial year at Elland Road.

As revealed by Football Insider, Leeds are planning to sell the 34-year-old for nothing this summer in a bid to get his £40,000-a-week wages off the books. 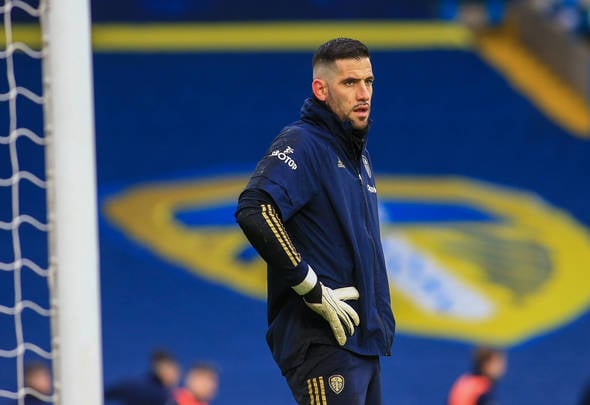 As a result, Casilla’s exit would save the Whites around £4million, with his contract set to expire in 2023.

The Spain international lost his place as Leeds’ first-choice goalkeeper last year when he was banned for eight games for allegedly using racist language.

Illan Meslier stepped up into the starting XI and has been a mainstay ever since.

As such, he suggested a fresh start would be best for both player and club.

Asked if Leeds were making the right decision, Whelan told Football Insider assistant editor Russell Edge: “Yeah, absolutely. He’s surplus to requirements and he’s brought a shadow over himself and the club with the suspension and racism accusation.

“I think if anything he needs a fresh start as well, we don’t need the speculation. His performances have been very shaky at the back at times so I think for club and player, you don’t need to generate a fee for him.

“It’s just the case now of enough’s enough, let him go. Take the pressure off the club and the players and the accusations and the speculation regarding him.

“Let him go about his business somewhere else. Get somebody else in that’s going to enhance the squad in a positive way.

“It’s been very, very twitchy this situation with him. I was very surprised we kept him at the end of the season. I thought he might have gone before the start of this year.

“We’re very, very strict about racism at the club and it will not be tolerated. I think he’s got to go, there’s no doubt about it. If it’s not for a fee, I don’t think anybody would really care, quite frankly.”