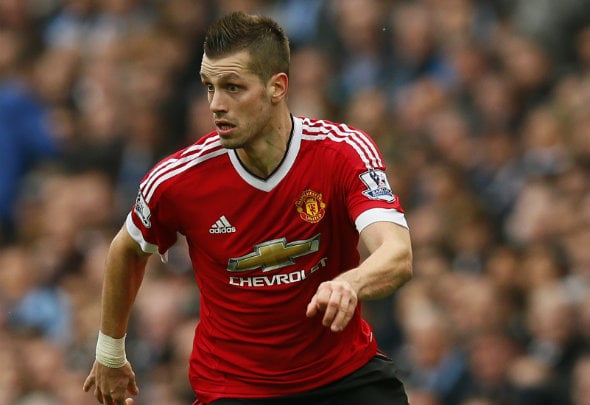 Everton have been joined by Premier League duo West Brom and Watford in the race to sign Morgan Schneiderlin, according to a reliable journalist.

Bleacher Report correspondent Dean Jones revealed on his personal Twitter account that both Watford and West Brom are keen on the 27-year-old, after early interest from the Toffees.

Everton, West Brom & Watford all trying to sign Schneiderlin.
Not ideal when you consider he was originally at a better team in Southampton

The Manchester United midfielder is set to leave Old Trafford in January after plummeting down the pecking order under manager Jose Mourinho.

The Sun claimed earlier this month that Everton was Schneiderlin’s most likely destination after Ronald Koeman’s side had approached the former Southampton star.

However, the Sun then revealed this week that Schneiderlin was the subject of a bid from Tony Pulis’ Baggies.

Schneiderlin has been limited to just four Premier League appearances this season, with the likes of Paul Pogba, Michael Carrick, Ander Herrera and Marouane Fellaini ahead of him in the pecking order.

The midfielder, who has 15 caps with the France national side, is now expected to leave in January rather than trying to fight for his place under Mourinho.

Since his £25million move to United in the summer of 2015, Schneiderlin has made 47 league and cup appearances for Mourinho’s side.

Schneiderlin would be a top signing for all three clubs as they look to add proven Premier League quality to their sides. Schneiderlin would walk into the midfield of all three sides, and available for less than the £24million paid for him, the Frenchman would prove a good piece of business by the team that eventually captures him in the January transfer window. United would benefit from selling one of their fringe players, as they would be receiving a decent amount of money for a player that has almost been forgotten as three years still remain on his contract. With his career beginning to dwindle, Schneiderlin must move next month in order to reignite the form that earned him a move to Old Trafford in the first place.

In other Everton transfer news, this Premier League defender had his odds slashed to join the Toffees.