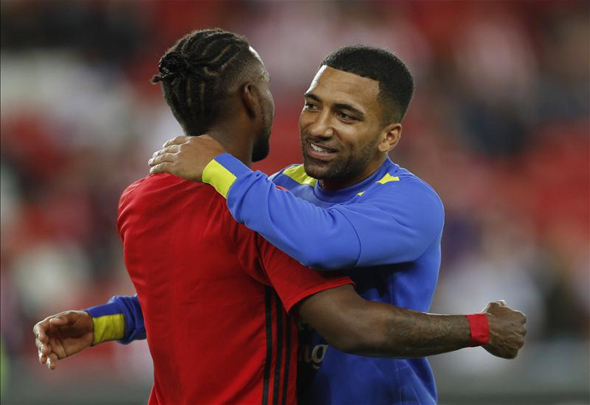 Ronald Koeman is expected to stick with a 4-3-3 formation for Sunday’s game with West Ham, despite a bad run of form that has included a shock 2-1 defeat away at newly-promoted Burnley last Saturday.

He’s set to make just the one change from that side, with Aaron Lennon expected to get a run in the side in favour of Kevin Mirallas.

Lennon has only made one brief appearance in the Everton team this season, featuring for 14 minutes in the 1-1 draw with Tottenham in the opening game of the season.

He’s also made two appearances in the EFL Cup, where he scored his only goal of the season in the game against Yeovil town.

However, he put in a fantastic performance the last time West Ham played at Goodison Park, scoring a goal and causing problems throughout.

Kevin Mirallas has scored the one goal too, in nine Premier League appearances, and Koeman is set to make the switch to try to switch things up for his stuttering team.

It means that Maarten Stekelenburg keeps his place behind an unchanged back four, with Seamus Coleman, Phil Jagielka, Ashley Williams and Bryan Oviedo hoping for a clean sheet.

Leighton Baines was hoping to be fit to play but has been ruled out, along with James McCarthy.

The Everton midfield remains unchanged too, with Ross Barkley, Gareth Barry and Idrissa Gueye lining up.

Yannick Bolasie and Romelu Lukaku are expected to be the chief source of goals for the Toffees, in a game that they will be desperate to get something out of.

In other Everton team news, Paul Merson predicts the result of the West Ham game in the Premier League on Sunday.