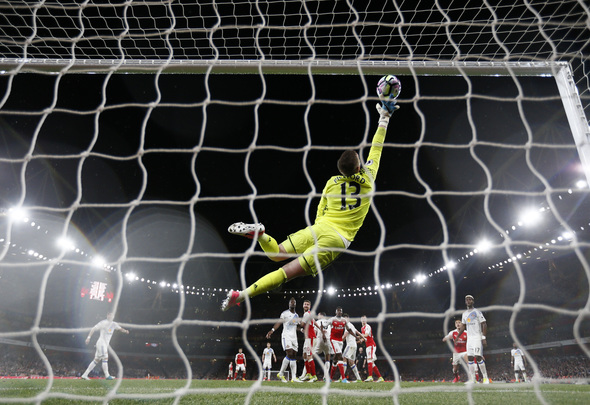 Jordan Pickford was on hand to help England Under-21s earn a point against Sweden in the European Championships on Friday night – and Everton fans on Twitter were delighted with his display.

The Toffees announced the signing of the 23-year-old on Thursday in a British record fee for a goalkeeper which could rise as high as £30million.

The ex-Sunderland stopper was in the spotlight again on Friday, as he produced international heroics for the Young Lions by saving a penalty in the 81st minute.

Sweden Under-21s’ Linus Wahlqvist had his spot-kick punched away by Pickford, who had started to dive in the wrong direction.

Adrian Boothroyd’s then managed to hold on to a goalless draw to start their Group A campaign in the Under-21 European Championship in Poland.

Everton fans were over the moon with what they saw from their new man with one fan saying that he is “starting to get giddy” due to excitement.

starting to get giddy about a goalkeeper. #Everton #JordanPickford

Pickford was playing alongside his new Toffees teammate Mason Holgate in the stalemate with Sweden while Tammy Abraham, Nathan Redmond and James Ward-Prowse also starred.

Slovakia and Poland are also in England’s group for the Under-21s Euros.

The Young Lions face Slovakia on Monday before ending the group stages against the hosts next Thursday.

In other Everton news, professional boxer and Toffees fanatic Tony Bellew has delivered his verdict on the signings of Pickford and Davy Klaassen.