Everton are in the hunt to sign Anderlecht forward Mahmoud ‘Trezeguet’ Hassan, according to a report.

The Sun claims that Bournemouth and Galatasaray are also interested in Trezeguet, 23, with him currently impressing while on loan at Turkish Super Lig club Kasimpasa.

It is understood that Belgian title-holders Anderlecht are resigned to losing the Egypt international in the summer as he has no interest in returning to Belgium when his loan deal in Turkey ends.

Trezeguet is said to be entering the final year of his contract in the summer and is hoping to use the World Cup in Russia to earn himself a switch to the Premier League.

The wide-forward has been in great form this term in Turkey, scoring 12 goals and supplying five assists in 27 appearances across all competitions.

It seems that there will probably be an influx of Egyptian players into the Premier League in the summer if they do well at the World Cup. Liverpool’s success with Mohamed Salah is sure to spark other clubs into trying to find their version of the lethal forward and it seems that Everton’s could be Trezeguet. The Egypt international has been in good form at Kasimpasa but that does not mean that he is close to playing at the highest level in England. It seems that this link has simply been brought up because of Salah with everyone now expecting to join in with the Egyptian love-in.

In other Everton news, the Toffees are in the hunt to sign this highly-rated playmaker who is impressing at a Premier League rival. 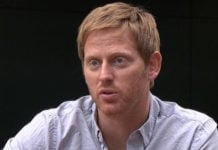