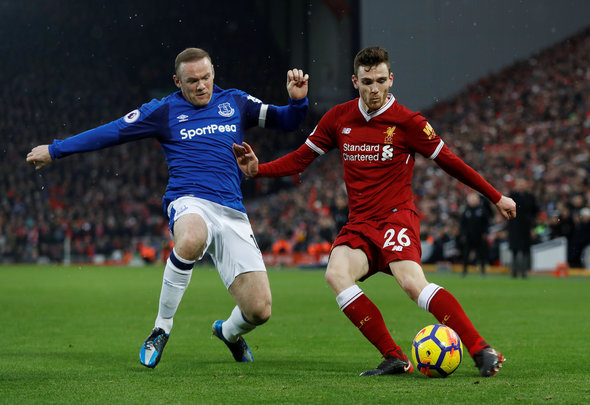 Everton must show Toffees attacker Wayne Rooney the exit door this summer with his move back to his boyhood club failing – badly.

The former Manchester United record goalscorer returned to Goodison in a bid to resurrect his flailing career at Old Trafford, where he was limited to mainly substitute appearances in his last season in Manchester.

But while his form started well directly after his switch, it has dipped drastically since, and when the 32-year-old was substituted against Liverpool in the Merseyside derby on Saturday in the Premier League, he reacted by directing an expletive at the manager for his decision.

While some would say his reaction was borne from frustration at being taken off, there’s a case to say it’s because he knows he can no longer perform at the highest level.

There have been countless times this season where the former England international has been off the pace and not fit enough to keep up with the rigours of the modern day game – and the Liverpool game was just another example of that.

And let’s not forget that the Everton player is the same age as Manchester City’s David Silva who plays with an exuberance of somebody much younger.

Rooney has not scored for the Blues since January and after Allardyce’s decision to substitute him in the Merseyside derby, the ex-Bolton boss ought to axe the ageing forward from the starting XI and hand Davy Klaassen a real chance in the side.

In other Everton news, Toffees in hunt to sign international forward, title-holders resigned to summer exit.