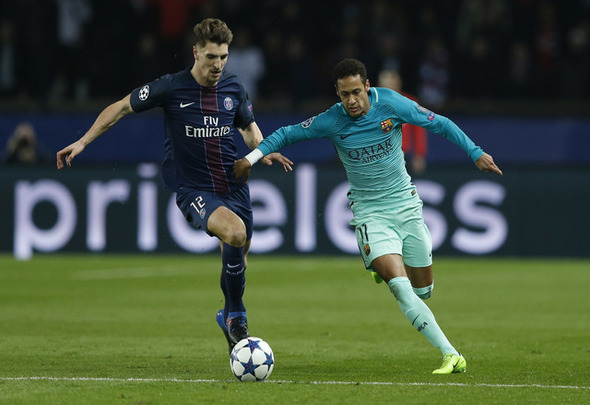 Paris Saint-Germain defender Thomas Meunier has named Everton as a possible club he could transfer to this summer.

The 26-year-old right-back is struggling for game time at the Ligue 1 title favourites and the Belgian international, who has made 22 appearances for the national side and scored five goals, just wants regular game time.

Dani Alves has dominated the position for the most part, but at 34, the Brazilian is unlikely to go on for much longer which would free up the right-back spot for Meunier.

The Belgian is under contract in the French capital until 2020 and despite making the starting XI only 13 times this season has still managed to notch up four goals for the side.

As quoted in the Sun, the full-back fancies a move to Goodison where he would face a battle with Seamus Coleman for the right-back slot:  “I do not ask too much for now, what I want is to play football. If I have to go down a notch to be able to play on the pitch, I’ll do it.

“I could aim at a club like Everton, Valencia or Dortmund. Michy Batshuayi did really well going there. The fun is playing football, and that’s the only thing I miss right now.”

This smacks of a player attempting to ramp up his value. With Alves about to go into the final year of his contract with the French giants, the position will be all his. Meunier has an amazing goal to game ratio, particularly for a defender but he will have known the situation when he made the decision to move to the Parce des Princes, and that Alves would be the main man. We can’t see Meunier stepping down for the Toffees but we can see a new contract on the cards.

In other Everton news, Everton must seal deal of the summer for dazzling speed-demon reportedly set for exit.