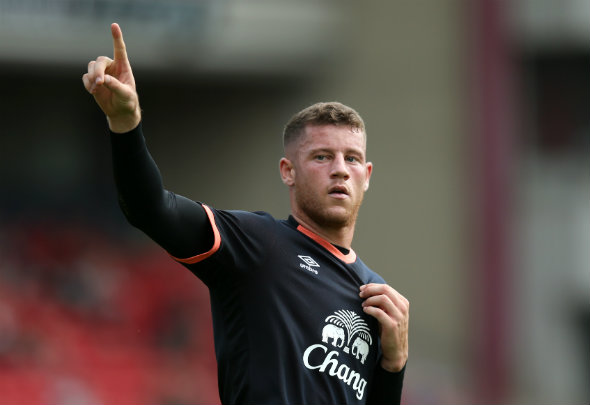 Everton legend Graeme Sharp has backed Gerard Deulofeu and Ross Barkley to put behind them their troubles of last season and shine in the new campaign.

Both players have impressed for Everton in pre-season despite the two recent losses in Dresden and the Everton legend expects both men to be key members of Ronald Koeman’s side.

Koeman has yet to get going in the transfer market as he continues to assess his new squad, but Sharp believes he already has a gem in Barkley, as long as the Englishman can find some consistency.

“Ross is still a young player with lots to learn in his game,” Sharp told the Liverpool Echo.

“Although he will be disappointed at not starting in the Euros, I’m sure it will be an experience he has learnt from, and hopefully he will go out and show the new England manager what he is all about this season.

“He has started well, has a couple of good goals. Everybody knows the talent Ross possesses. I think it’s about consistency in his performances.”

Deulofeu has been deployed as a striker in pre-season by Koeman, a role unfamiliar to the Spaniard, but not one he has shied away from.

Three goals in three games is an impressive return for the natural winger and although Sharp does not think he will start in that position come the new season, he does believe Deulofeu can put a difficult season last year behind him.

He said: “He has done well. I don’t think it was his best season last year.

“He has played him in a forward position, will he do that at the start of the season? I’m not sure.

“I think we will have to see what happens in the transfer market. But I think Gerard has done really, really well in that position.”

He added: “He certainly showed in those cameo roles that he is capable of causing problems.”

Everton begin their league campaign with a difficult encounter against Tottenham at home on 13 August.

The Toffees will be desperate to improve on an 11th place finish last season under the now departed Roberto Martinez.

In other Everton news, Stan Collymore has backed the Toffees to outshine their local rivals this season.