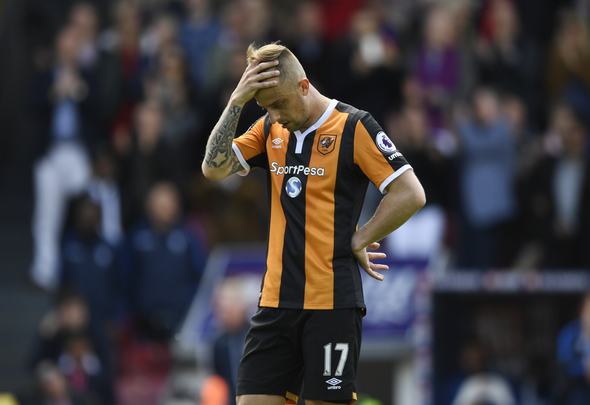 Everton are leading the race to land Hull City attacking midfielder Kamil Grosicki this summer, according to a report.

The Mirror reports that Everton boss Ronald Koeman is willing to spend around £7.7million in order to acquire the services of the 29-year-old.

This follows up from the story in the Polish news outlet Przeglad Sportowy which recently reported that the Merseyside club have held talks over the possibility of signing the Hull player this summer.

The newspaper claims that Grosicki has already rejected a move to sign for Bundesliga outfit Freiburg as he wants to continue plying his trade in the Premier League next season.

The report claims that the attacker’s representatives are interested in holding discussions with Everton over a potential summer move.

It is said that the Toffees are in pole position to sign Grosicki despite competition from fellow Premier League sides Newcastle United, Crystal Palace and Watford.

New Hull boss Leonid Slutsky has reportedly insisted that he does not want any more departures from the KCOM Stadium this summer but Koeman is determined to test his resolve.

Grosicki signed for the Yorkshire club in the January transfer window last season and although he failed to score a single goal, he still provided a genuine attacking threat for the Tigers.

The Poland international provided five assists in the Premier League but his contribution was not enough to prevent Hull from being relegated last season.

Grosicki is a player who could certainly provide Everton with more options especially with Europa League football on the horizon next season. The Polish attacking midfielder has the potential to form a great partnership with new signings Wayne Rooney and Sandro Ramirez and help the Toffees replace Romelu Lukaku’s goals. Grosicki is unlikely to be a regular starter for Everton but he could potentially feature in the cup competitions and prove to be an effective substitute in the Premier League.

In other Everton news, the Blues have received approaches for this midfielder.