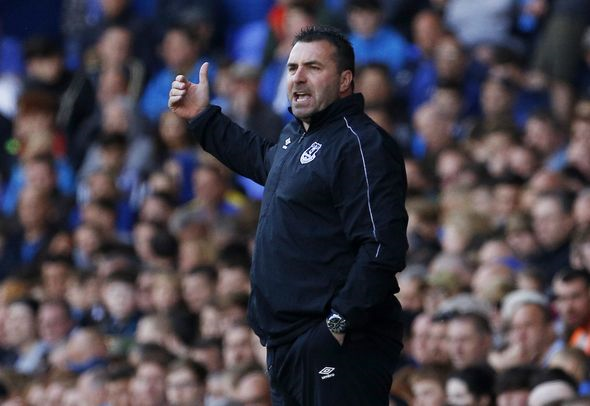 Everton are ready to table a new contract for midfielder Ben Baningime, according to a report.

The Daily Mail claims that Baningime, 19, is in the final year of his current deal on Merseyside and has started to attract attention from Manchester United thanks to his recent displays in the Toffees’ development squad.

It is understood that Everton Under-23 boss David Unsworth has previously compared the teenager to Chelsea star N’Golo Kante due to his tireless work ethic in the centre of the park.

The report adds that the DR Congo player is aiming to earn promotion to the first-team in the near future, much like Tom Davies has done while Ronald Koeman has been in charge.

Baningime is not the only Everton midfielder who is being considered for a fresh deal at Goodison Park with the Daily Mail reporting last week that Idrissa Gueye is in talks over a new contract in light of interest from Arsenal.

Everton have a lot of promising young players and Baningime is one of them. He has starred a lot for the Under-23 side but now it is perhaps time for him to get some senior football under his belt and leave Merseyside on loan. A deal which would see him temporarily leave in January may be a good shout as then it will give him a few months of men’s football before going into a full season. Koeman has spent a lot of money on his first-team squad so it may be very hard for players like Baningime to earn a call-up. Cup competitions are perhaps his only chance of doing that this season.

In other Everton news, the Toffees have been joined by Liverpool in the hunt for this attacker who is in blistering form.