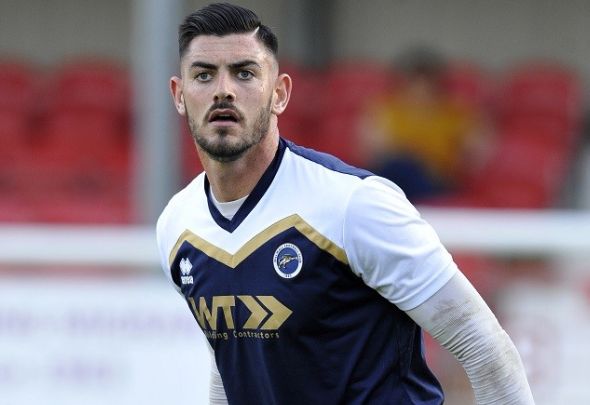 Everton are set to battle Watford to sign Millwall’s back-up goalkeeper Tom King, according to a report.

The Sun’s transfer expert Alan Nixon claimed in Sunday’s paper (page 63) that the 22-year-old stopper has been identified by the Toffees as the ideal candidate to provide cover for Joel Robles.

However, the report claims that Watford are also targeting the goalkeeper for a similar role at Vicarage Road, where he would play reserve to Heurelho Gomes and Costel Pantilimon.

The Lions stopper would be allowed to leave at the right price, if Everton and Watford do indeed enter the transfer market for Millwall’s number 31.

A one-time England Under-17’s international, King began with Portsmouth before joining Crystal Palace in July 2011 but he failed to have an impact at Selhurst Park and joined Millwall.

Loans with Welling and Braintree Town have failed to give manager Neil Harris the confidence to make King his number one choice between the sticks, and he could now leave to join either Premier League side.

Millwall will want to cash in this summer if they do sell him, with his contract set to expire in the summer of 2018.

In what seems a hugely surprising move, King must be content with being third of even fourth choice goalkeeper at either Watford or Everton should he join. King would only make an appearance for either of the clubs if a goalkeeping crisis occurred. Once considered a huge talent between the sticks, King could still prosper with plenty of years left ahead of him, but may have to do it from the training ground rather than on the pitch in first-team action. Although having plenty of goalkeepers, just in case, suits a Premier League club that compete in multiple competitions, King’s career may take a backwards step and he must think long and hard before opting to join the top flight of English football.

In other Everton transfer news, the Toffees are to be offered this prolific international in a swap deal for Romelu Lukaku.