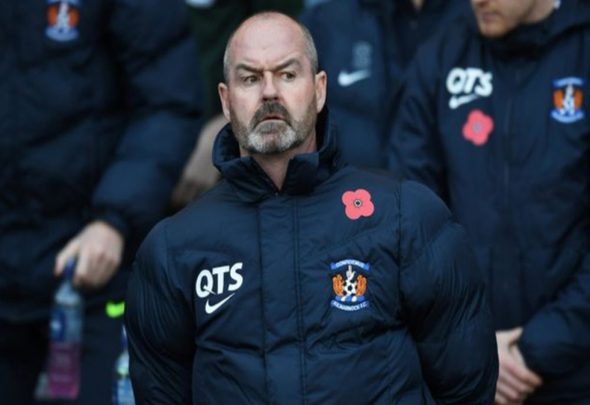 Kilmarnock manager Steve Clarke has dismissed fears about Steven Gerrard’s lack of managerial experience after being confirmed as Rangers boss – and insisted it can “only be good” for Scottish football.

The Liverpool and England icon was confirmed as Graeme Murty’s replacement on a four-year contract and will take the reins at Ibrox in the summer.

Clarke worked with Gerrard at Liverpool and the Killie boss hopes more big names follow Gerrard to Scotland and help maintain the current positive image of the Scottish game.

“Every manager was a rookie one day,” said Clarke, as quoted by the BBC.

“I’d like to think the general image of Scottish football at the moment is quite positive. We have to work hard every year, every week, every month to try and keep that positivity around it.

“Hopefully you keep getting bigger names and more high-profile people in, which can only be good for the game in Scotland.”

Everybody with an interest in Scottish football should want to see more high-profile names like Gerrard cross the border. The Gers have had more media coverage this week outside of Scotland than they have had in years and it is something that can only bring benefits to the wider game. Clarke is spot on when it comes to Gerrard’s lack of experience and every manager has to start somewhere. Gerrard is luck that his reputation as a player has afforded him the opportunity to start his managerial career somewhere like Rangers rather than the likes of MK Dons. That brings it own risks for Gerrard but it isn’t likely to be something that 114-times capped former England ace will shy away from as he looks to forge as impressive a career as a manager as he did as a player. If Gerrard joining the Gers helps entice more big names north – either to Ibrox or elsewhere – it should make Scottish football more entertaining for everyone.