Moving Stuart Dallas into a midfield role at Leeds United has been a stroke of “genius” from Marcelo Bielsa and he will continue to shine there against Brighton, according to Alex McLeish.

Speaking exclusively to Football Insider, the former Scotland manager admitted he was initially “surprised” at the decision but insisted the “gamble” had paid off.

Dallas, 30, has featured regularly in midfield since January, having started the season off at left-back.

He also had a run of games at right-back over the winter before being moved into a more advanced and central role.

The Northern Ireland international has missed just nine minutes of action in the Premier League this term.

He is set to continue in midfield against Brighton in tomorrow’s league fixture.

“It surprised me a little bit because in his other positions, he was maybe a little bit more unsung,” McLeish told Football Insider’s Russell Edge.

“Now you’re seeing him making these runs, these third man runs, these runs off the ball. In the Man City you saw that a few times. That has really been a revelation.

“In the Leeds game against Manchester United, there weren’t a lot of chances but he had one where he struck it straight at the goalkeeper.

“Henderson saved it quite easily but it was a position he’s been getting into recent games and actually finding the bottom corner. 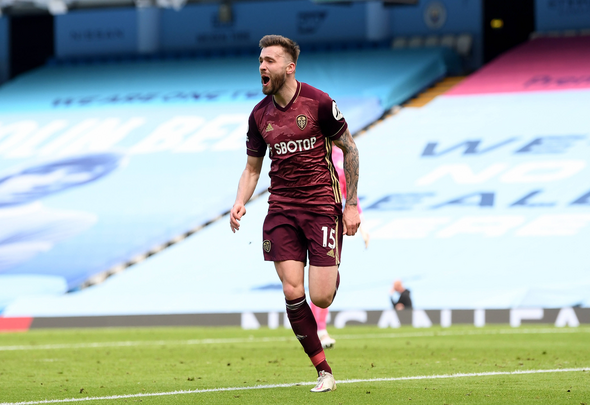 “It’s given Leeds another tool. I don’t know if it was genius by Bielsa and he always knew he could play there or it was a wee bit of a gamble.”

As revealed by Football Insider, Leeds are keen to reward Dallas with a double-your-money contract, with talks scheduled for the end of the season.

In other news, Andrea Radrizzani has been tipped to pull strings to get £31million star to Leeds United.