Darren Bent believes West Ham must be getting positive signs that James Tarkowski wants to join the club from Burnley.

Speaking exclusively to Football Insider assistant editor Russell Edge, the former Premier League hitman believes the Irons would have walked away by now if they thought a deal could not be done.

After Football Insider revealed that the Hammers were set to launch a third bid in excess of £30million earlier this week, Sky Sports reported that a £31million offer had been rejected by the Clarets.

It is understood that West Ham’s previous bids came in at £28million including add-ons and then £30million.

Bent believes that David Moyes’ men must be getting signs that either Burnley want to sell and that the centre-back wants to move to the London Stadium.

Bent told Football Insider: “I mean, my only thing is if it’s a definite no and Tarkowski doesn’t want to go there, then move on.

“Obviously West Ham must be getting some kind of indications that potentially there’s a deal there to be done to keep bidding.

“Surely if you keep bidding and bidding and he keeps saying no, no, no, you go: ‘Right, he doesn’t want to come to us, we’ll move on for another target.’ 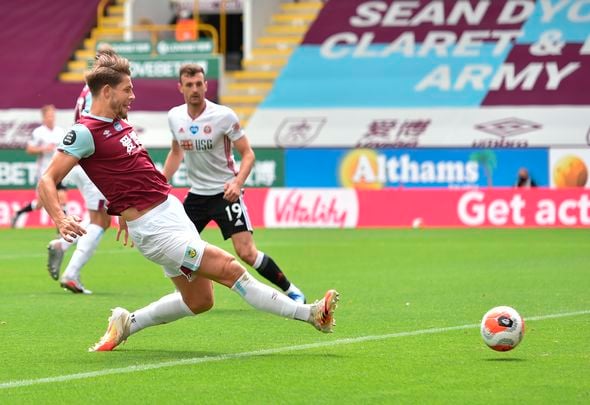 In other West Ham news, Moyes told to take out Sullivan in transfer battle.