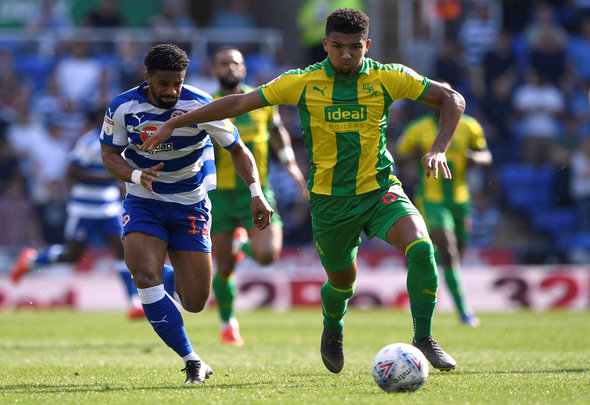 Darren Bent says that he thinks Mason Holgate will want to stay at Everton this summer rather than heading back to West Brom on loan.

Speaking exclusively to Football Insider, the former Aston Villa and England striker says that he thinks the 22-year-old will want to avoid building up a reputation of someone who is always out on loan, having spent time at West Brom last season.

As exclusively revealed by Football Insider, the Baggies have made an approach to take Holgate on another loan spell at the Hawthorns, with Everton currently undecided as to whether they will send him out or keep him on board.

Bent says that he was impressed by the defender during his formative years at Goodison Park and that he expects that the versatile enforcer will want to stay as part of Marco Silva’s squad next season.

Bent told Football Insider: “To be fair I thought he would really kick on when he was at Everton because he was a young, quite exciting, big prospect.

“For himself, he would have probably like to stick around at Everton and see if he is going to get given the opportunity to play for the football club because I don’t ever think it’s a good sign when you keep getting sent out on loan.

“You come back for pre-season, you get sent back out on loan – he probably wants to sit there at Everton, maybe bide his time a little bit, stick around the first team and hopefully get his opportunity.”

Holgate has made 48 appearances for the Toffees’ first-team since arriving on Merseyside from Barnsley, although only five of those came in the Premier League last season.

His loan spell at West Brom saw him turn out 21 times for West Brom, operating primarily on the right-hand side of the defence for the Baggies.

In other Everton news, it can be REVEALED that the club have agreed the terms of a £29million deal as new signing heads in.