Noel Whelan has tipped Jonny Hayes to return to Aberdeen this summer after the attacker revealed he would leave Celtic on May 31.

The former Aberdeen and Leeds United striker, speaking exclusively to Football Insider correspondent Dylan Childs, insisted Aberdeen manager Derek McInnes would be getting “a very good player” in the 32-year-old.

The Hoops confirmed the departure of Hayes and Jose Simunovic on their official website on Saturday, 24 hours after the winger’s emotional Instagram message.

From the lows of breaking a leg to the highs of winning a treble, the last 3 years have been an enjoyable journey, in which I’ve worked under some terrific staff and shared a dressing room with some unbelievable guys! Football at times brings tough decisions, so I’d like to thank you for all the support received along the way! Stay safe everyone!

The Irishman spent five successful years at Pittodrie before completing a move to Parkhead in July 2017.

Whelan has suggested a return to the club could be a great move for the winger if a deal could be agreed.

“He knows Scottish football and going back to Aberdeen, a club that he knows, could be a great move for him,” he told Football Insider.

“Aberdeen will be getting a very good player there. Hopefully he can command a first-team place which he did not do at Celtic.

“I do not begrudge people going back to a club they have already been at.

“Aberdeen need to strengthen. They do not have the resources of Celtic and Rangers so they need to be vigilant about there signings. But in Hayes, they would be getting a very good player.” 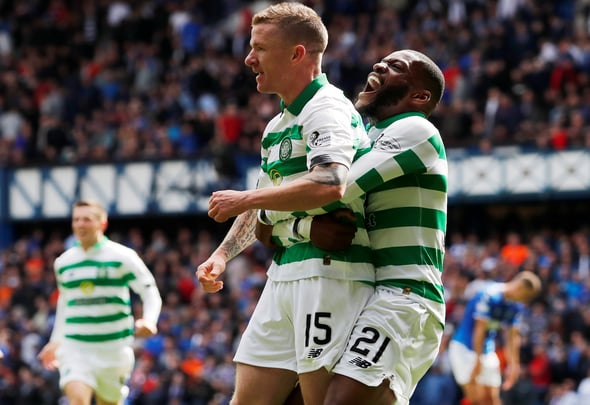 However, McInnes told BBC Sportsound: “I’m well aware of Jonny’s situation but the fact of the matter is we’re not in a position where we’re looking to bring any players in at the minute.”

Hayes scored once in 26 appearances for Neil Lennon’s side last season but featured predominantly as a substitute.

In other Celtic news, Noel Whelan has told Football Insider club should go all out of 32-year-old after shortlist of alternative targets emerge.