Alan Hutton has tipped Neil Lennon to bring Hatem Abd Elhamed back into the Celtic starting XI against Ferencvaros on Wednesday.

The former Rangers and Scotland defender, speaking exclusively to Football Insider assistant editor Russell Edge, believes the 29-year-old has proven himself to be a more defence-minded option than fellow full-back Jeremie Frimpong.

As quoted by the Glasgow Times, Elhamed revealed that Lennon has told him that he is an experienced player that he trusts for the big occasions. 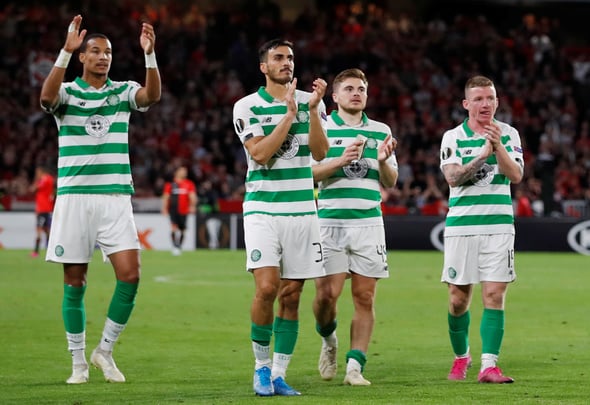 Wednesday’s clash is a knock-out tie in the second round of the Champions League qualifiers, meaning Celtic must win to keep up their hopes of reaching the group stages.

Hutton believes that Elhamed is much more willing to remain defensively resolute than Frimpong and as such expects the Israel international to make just his second start in 2020.

“It’s a bit of a strange one, isn’t it, it’s obviously the European games that he tends to play,” Hutton told Football Insider.

“I don’t know if that’s because of his defensive qualities, even though I do rate Frimpong in defence, I think he will play the position more, sit at the right-back role and try to find passes.

“Frimpong, being very young and energetic, wants to get up and down and run the line. It’s a little tweak that Lennon tends to make, I think it’s just a tactical thing, it’s not who he fancies, one or the other, it’s all about the tactics.

Elhamed started last season as Lennon’s first-choice right-back but a groin injury picked up in November meant he made just one substitute appearance for the rest of the campaign.

He has played three times this term, with his only start coming in the 6-0 win over Reykjavik.

In other Celtic news, Hutton has revealed why he will be “glad to see the back” of a Hoops star after a bid was tabled.