Danny Mills admits he is unconvinced that Leeds United should be looking to sign the likes of Sheffield United attacking midfielder Luke Freeman this month.

The former Leeds and England defender, speaking exclusively to Football Insider assistant editor Russell Edge, says that a new centre-forward should be the main priority for Marcelo Bielsa before the end of the window.

Football Insider have revealed that the Whites are keeping a close eye on Freeman as they plot making a loan move for his capture, although a deal may be difficult to pull off this month.

However, Mills is concerned that another attacking midfielder is what his old side need right now, insisting that they should be chasing a move for an out-and-out centre-forward.

Asked about the Whites’ interest in Freeman, Mills told Football Insider: “They’re looking for a goalscorer, aren’t they? That’s what they need more than anything else.

“They’ve got enough, they’ve pretty much got enough quality in every other position, they can almost deal with whatever is thrown at them, it shouldn’t be too much of a big deal. 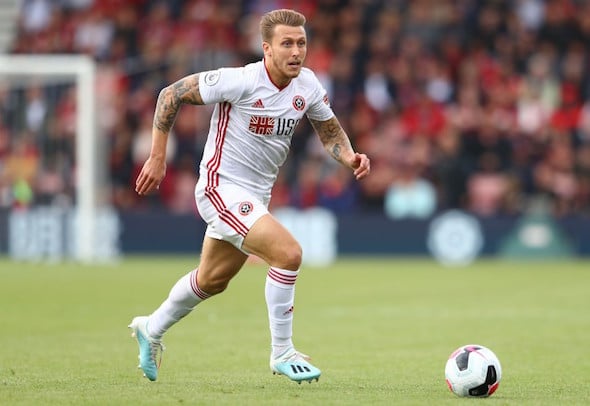 Freeman, who can play as a central midfielder, a number 10 or on the wing, has 12 appearances under his belt for the Blades this season, less than half of those outings coming among the starting XI.

He is an experienced Championship player with 163 games under his belt in the second tier.

In other Leeds United news, Danny Mills has suggested that there have been talks at Elland Road over a new contract deal for an international star.