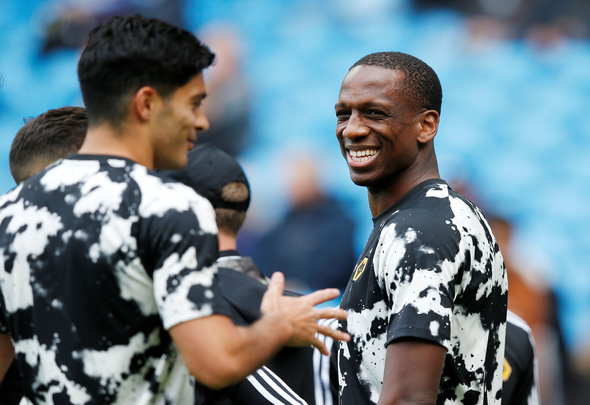 Danny Mills says that Willy Boly’s fitness levels could drop “drastically” after the Wolves defender was confirmed to have picked up a broken ankle in training.

Speaking exclusively to Football Insider assistant editor Russell Edge, the former Manchester City and Leeds United defender says that the best-case scenario that Wolves can hope for is around an eight-week absence, but that it could be much worse if there are complications.

Wolves confirmed prior to their clash against Newcastle United that the centre-back had picked up what they suspected to be a broken ankle, with the club revealing the possibility of surgery to fix the “serious” injury blow.

Mills says that two months out would likely be the minimum the 28-year-old would be facing on the sidelines but said that things could turn out to be significantly worse.

Mills told Football Insider: “It depends how complicated it is. If it’s a straight crack and nothing’s dislodged or not too much is dislodged, then you can get away with eight to ten weeks. Six weeks for bones to heal and two weeks to get your fitness back. That’s if it’s incredibly straightforward.

“If it’s not then you’re looking at three, four months maybe and maybe longer, because in that period you’re losing fitness and as much as you can do in the gym, after a couple of months the fitness levels drop drastically.

“You can get away with it for a month. If it’s six weeks, you’re on the bike, other bits and pieces and then you’re back into training. If it starts to become longer than that and you’re two months not doing anything, you start to shut down.”

Boly had been a mainstay in the starting XI for Nuno Espirito Santo before his setback, playing 16 times across all competitions this season.

The giant defender has played 94 times for Wolves since arriving at Molineux, with very few fitness issues during his career.

In other Wolves news, Paul Robinson has lauded one senior star who “exposed” Newcastle in their 1-1 draw.