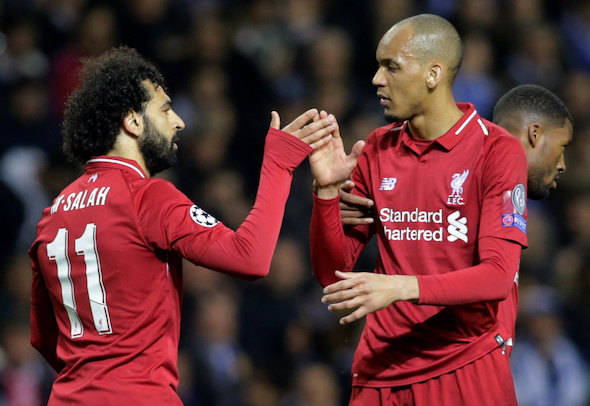 Danny Mills has tipped Fabinho and Naby Keita to hit new heights with Liverpool after the summer following their first season in English football.

Speaking exclusively to Football Insder, the former Leeds, Manchester City and England defender insisted that the Merseyside faithful have not seen the best of last summer’s signings, despite the pair playing their role in the club’s Champions League success.

Fabinho, 25, joined the Reds from AS Monaco last summer while Naby Keita arrived from RB Leipzig in a deal reportedly worth £52.75million.

Despite having seen both the Brazilian and Guinea international play over 30 times each for Liverpool, Mills has made the exciting prediction that both will up their performances for the 2019/20 campaign after settling in England.

“Fabinho started to come into his own in the last six months, you had Adam Lallana coming back from injury, almost like having a new player, Naby Keita is also starting to settle a little bit more. You’ve got lots of players that have been there but haven’t really got to their maximum potential yet.

“It takes time to settle, it’s very rare that a player comes in and is an instant success overnight. All the normal, everyday things that you have to get used to when you change country. I think you will start to see even more from the likes of Keita and Fabinho this season.”

Fabinho played a total of 41 times across all competitions for Jurgen Klopp last season, the 25-year-old cementing his place in the German’s plans after sitting out the opening eight Premier League fixtures.

Keita found himself in and out of the side as injury and form curtailed his campaign, finishing the season with 33 appearances and three goals under his belt.

In other Liverpool news, one of the club’s players has agreed a new three-year deal, and the paperwork is already signed.