Danny Mills has urged to Leeds United to wrap up a £15million-plus loan-to-buy deal for RB Leipzig striker Jean-Kevin Augustin.

Speaking exclusively to Football Insider, the former Elland Road defender claimed that tying up a deal for the Frenchman before the upcoming transfer deadline was now the “most important thing”.

As revealed by Football Insider on Sunday, Leipzig have reached an agreement with AS Monaco, where the 22-year-old is currently on loan, to end his stay in France early – freeing him up for a potential move to the Championship. 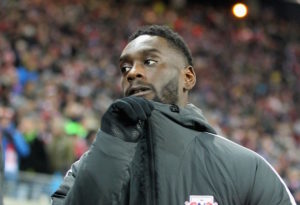 And Mills insists that Marcelo Bielsa’s men have to make the deal a reality.

“They need to get it over the line now,” he told Football Insider.

“That’s the most important thing.

“They’ve come close on several occasions to getting potential signings in. They’ve got to make sure they get the deal done with just a week to go.” 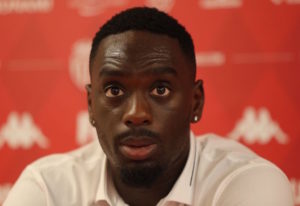 Augustin has struggled for game time with Monaco this season, making just two starts and eight substitute appearances in Ligue 1, and his deal with the French side was seen as a potential stumbling block for Leeds’ hopes of landing him this month.

Any move for the hitman would most likely be a loan with an obligation to buy at the end of the season for a fee in excess of £15 million.