Danny Mills has claimed Jan Vertonghen and Toby Alderweireld have both been struggling for Tottenham after the pair were dropped for the weekend’s loss to Wolves.

Spurs played five at the back to match the Wanderers in Sunday’s defeat – Davinson Sanchez, Eric Dier, and Japhet Tanganga preferred to the experienced pair.

Despite leading in the game twice through Steven Bergwijn and Serge Aurier the Lilywhites would go on to lose the game 3-2. Equalisers from Matt Doherty and Diogo Jota which were followed by a 73rd-minute winner from Raul Jimenez.

When asked what could be read into by the absence of the Belgian centre-backs from the starting eleven, Mills told Football Insider: “He may be saving them for Norwich and he is well within his rights to do that.

“Vertonghen’s performances this season have not been brilliant. In their last FA Cup game against Southampton, he was not particularly good and he got dragged off in that game.

“Alderweireld has not been up to his expected standards so maybe he is mixing it up, giving them a rest.

“They are both getting on and maybe he is thinking there still should be enough to get through the Wolves game. They got beat but if they go on and win the FA Cup…” 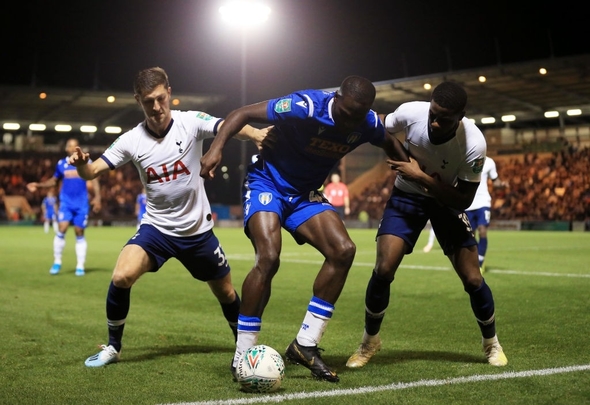 Vertonghen, 32, has made 24 appearances this season for the 2019 Champions League finalists whilst Alderweireld, 31, has made 34 appearances.

Jose Mourinho’s side will take on Premier League strugglers Norwich in the Fifth Round of the FA Cup on Wednesday night.

In other Tottenham news, Paul Robinson has told Football Insider which player he has been hugely impressed with since January.