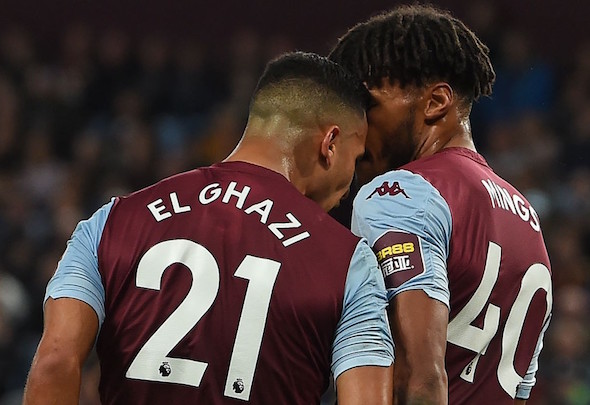 Darren Bent has admitted he would have gone “wild” at Anwar El Ghazi after his attempted headbutt at Aston Villa teammate Tyrone Mings.

The former Villa and England striker, speaking exclusively to Football Insider assistant editor Russell Edge, says that he hopes the centre-back reacted better than he would have in the changing room after the altercation with the winger versus West Ham.

The two Villa stars came together after Mings berated the attacker’s lack of defensive contribution, the former Lille man pushing his head towards the defender in retaliation.

Bent admits that he hopes the former Bournemouth man has a cooler head than he would have in that situation, revealing he would have torn into him in the dressing room had he been on the receiving end of a headbutt.

Bent told Football Insider: “To throw a headbutt, even an attempted headbutt, to throw your head in there and run that risk, it’s schoolboy.

“I’m not having my own teammate (do that). It’s not like Tyrone Mings was going: ‘You eff this, you eff that,’ and calling him names. He’s given him constructive criticism.”

The Villans picked up their fourth point of the season with the 0-0 draw against the Hammers, having won one and lost three of their other four Premier League outings.

The next outing for Dean Smith and his men sees them visit Arsenal, the Gunners looking to bounce back from letting a 2-0 lead at Watford slip and end in a 2-2 draw.

In other Aston Villa news, Danny Mills has told Football Insider he thinks Dean Smith is playing mind games with one Villa star.