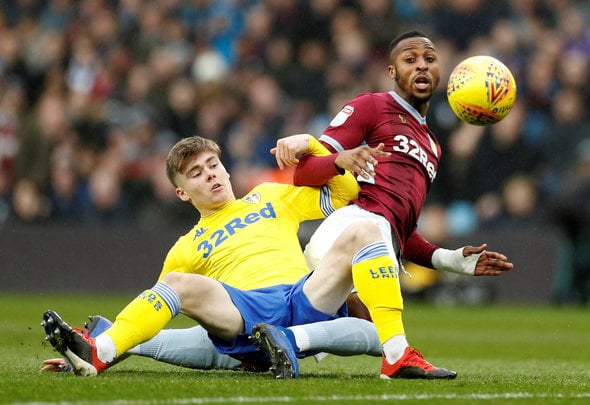 Darren Bent has suggested that Aston Villa attacker Jonathan Kodjia will want to leave for Qatar after an offer was made for his signing from the Middle East.

Speaking exclusively to Football Insider assistant editor Russell Edge, the former Villa and England striker says that a move to Qatar is likely to bring the 29-year-old a big-money contract and that is going to tempt him in wanting to leave.

Football Insider have already revealed that Al-Gharafa are willing to offer up to £7million to secure the capture of the Villa star having already made a move to sign him before Tuesday’s transfer deadline in Qatar.

Bent worries about the lack of alternative options in attack if the former Bristol City man were to leave, Kodjia second in line to Wesley Moraes when fully fit, but that he thinks the striker might want the move.

Bent told Football Insider: “They’ve got really no backup, they’ve got Wesley who’s not really prolific. I get Qatar, he’s probably been offered a king’s ransom to go there, but at the same time Villa need to go: ‘We need bodies’.

“You might not think he’s the answer but you just need bodies in there if something happens to Wesley, Kodjia is next in line. They need to be careful with that one.

“I understand from Kodjia’s point of view he probably wants to go.”

Kodjia is currently out of action with a fractured cheekbone picked up in a training ground clash with Marvelous Nakamba, having played just once for Dean Smith’s side in the Premier League this season.

He has a total of 98 appearances under his belt for the Villans since moving back in 2016, scoring 29 goals and contributing eight assists in his attacking roles.

In other Aston Villa news, it can be REVEALED that the club have set their sights on a £20million-plus January signing.