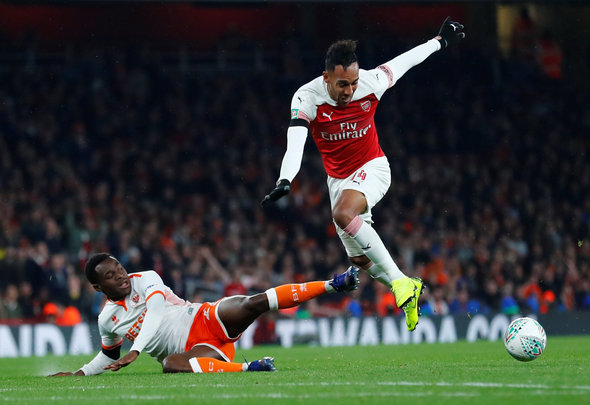 Left-back Bola has now been given permission to hold talks and undergo a medical at Middlesbrough.

As revealed by Football Insider Middlesbrough lined up a move for the 21-year-old as they look to strengthen their defensive options before the transfer window closes.

A source at Boro has told Football Insider that a fee has now been agreed and that the player will be heading to the north east to discuss personal terms and undergo the necessary tests to complete his move.

A number of Championship clubs have shown an interest in attacking left-back Bola, but Middlesbrough have moved to agree a fee with Blackpool.

Bola impressed at Blackpool last season after joining the club last summer on a free transfer following his release by Arsenal.

Blackpool have already lined up a replacement for Bola after moving for Norwich left-back James Husband on loan, as exclusively revealed by Football Insider.

Middlesbrough are getting busy in the transfer market in the last few days and hope to tie up deals for West Ham’s Marcus Browne and Bola over the weekend.

In other Middlesbrough news, it can be REVEALED the club have had a bid rejected for a Championship defender.