Darren Bent has urged Everton to let Jonjoe Kenny leave on a permanent deal as Burnley plot a move this month.

The former Tottenham and England striker, speaking exclusively to Football Insider, admitted that while he is a big fan of the right-back, he cannot see a long-term future for him on Merseyside.

As revealed by Football Insider earlier this week, Everton are willing to let the 23-year-old leave Goodison Park this month and while a loan move is more likely, the Toffees would sell up if their £7million asking price is met.

This site has already detailed how Burnley have reignited their interest in the right-back after being beaten to his capture by Schalke 18 months ago.

Bent suggested Kenny would be a “perfect” fit for Sean Dyche’s men and that Everton should let him leave if they can get a decent fee for his exit.

“I’ve always liked him but if they can get a bit of money for him then yeah, I’m all for that. When and where’s he going to play? I don’t think Everton see him as like a long-term player either.

“If they can get some money for him and kind of recoup a bit money then yeah, I would do it but he’s been a good player and he is a good player so I’m sure if he does go to Burnley, he’ll fit into Sean Dyche’s system perfectly.” 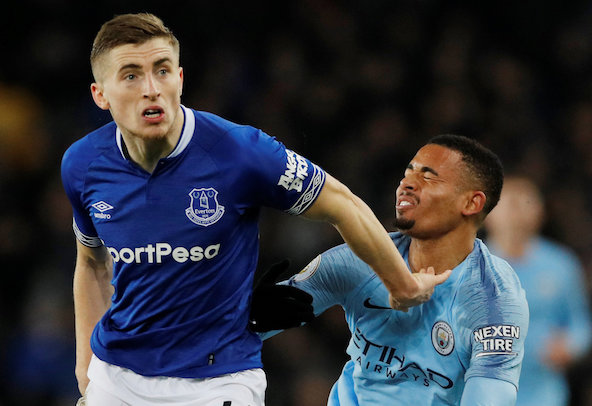 Kenny has played just seven times across all competitions this season, with only one Premier League start under his belt.

A graduate of the youth system at Goodison Park, he has featured a total of 47 times for the Toffees and has spent time on loan at Wigan, Oxford United and Schalke.

In other news, Everton tipped to sign replacement for attacker who “doesn’t have the legs”.