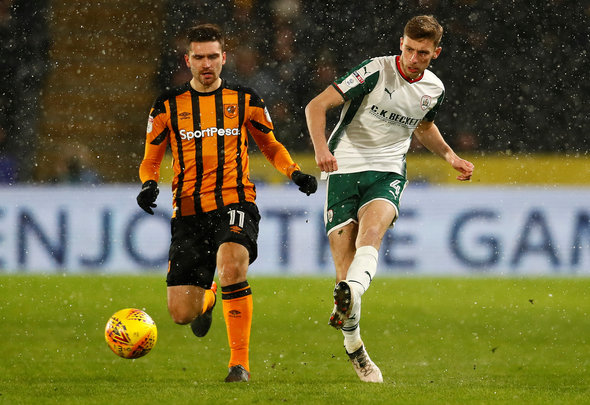 A number of clubs at home and abroad have been weighing up moves for Williams this summer after impressing in loan spells at Barnsley and Bolton during the last two seasons.

A source at Goodison Park has told Football Insider that the Toffees have turned down an official offer from fellow north west side Wigan, the Latics wanting to hand the 22-year-old a permanent move to the Championship.

The all-action midfielder, who can play anywhere in the middle of the pitch, is entering the final year of his contract at Goodison Park having come through the youth ranks on Merseyside.

Despite their failed attempts, Wigan are expected to come back with another offer for Williams before the close of the transfer window as he is one of Paul Cook’s top targets this summer.

Williams has made 68 first-team appearances during his stints at Barnsley and Bolton and his performances out on loan have brought him on the radar of a host of teams.

However, he has not made a single senior appearance for the Toffees.

In other Everton news, it can be REVEALED that the club are ready to green-light the permanent exit of a player on the fringes of the first-team.