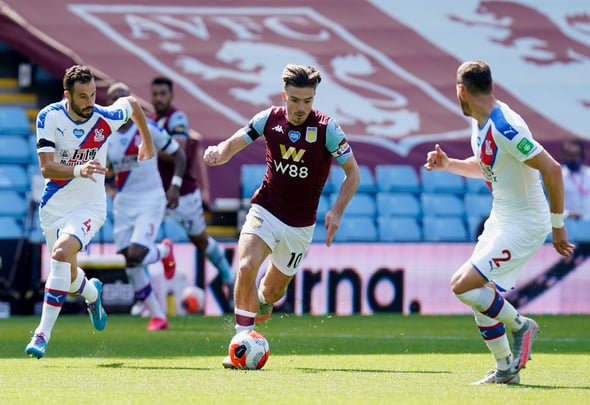 Alan Hutton claims that Jack Grealish could sign a new contract at Aston Villa if he can be convinced by the club’s summer transfer plans.

Speaking exclusively to Football Insider assistant editor Russell Edge, the former Villa and Scotland defender admits he would be asking who Dean Smith and the board are planning on signing before putting pen to paper.

The Sun report that Villa are set to offer the 24-year-old a new £100,000-a-week contract to tie him down and ward off interest from the likes of Manchester United this summer.

Hutton believes that there is a chance the attacking midfielder could tie himself down to a long-term deal but that it would depend on who the club are looking to sign this summer.

Hutton told Football Insider: “I don’t know about him but me personally, if I was him, I’d be asking who are we looking at and what’s our plan moving forward?

“Those are the questions I would ask. He’s a fantastic player, he could play for any of the top teams, in my opinion. I think he would stay and he would continue to play for Aston Villa if they were going in the right direction if that makes sense.

“He obviously wants to improve so if they’re going to bring in players that he knows and knows they will make him and the team better, that’s the best chance for him to stay so I think that’s the question that needs to be asked – who are we looking at?”

Grealish scored eight goals and contributed six assists in 36 Premier League appearances as the Villans scraped their way to survival.

A 1-1 draw against West Ham on the final day of the season, in which the boyhood Villa fan netted both a goal and an own goal, was enough to keep Dean Smith and his men in the top flight.

In other Aston Villa news, a senior star has been tipped to quit after Everton got in touch.