Alan Hutton admits that he expected a lot more from Stoke City defender Moritz Bauer during his loan spell at Celtic.

The former Rangers and Scotland defender, speaking exclusively to Football Insider assistant editor Russell Edge, says he thought the 28-year-old would be a success at Parkhead after coming up against him in his playing days.

As revealed exclusively by Football Insider, Neil Lennon has decided he will allow the Austria international to return to Stoke this summer, choosing not to take up the option to sign him permanently. 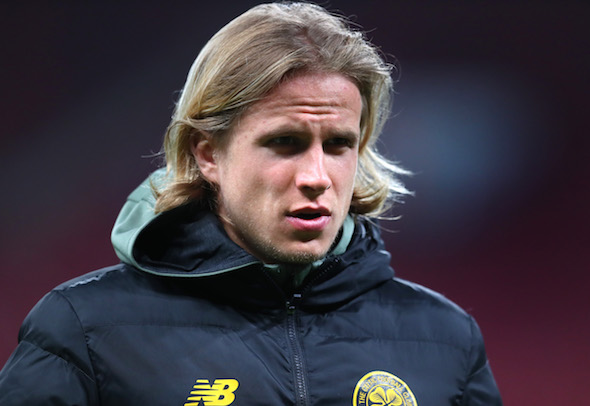 Hutton admits that he is a little surprised the defender’s spell in Glasgow has not gone to plan but insists that loans are not always clear cut.

Hutton told Football Insider: “Bauer, obviously great experience, I played against him and thought he was quick.

“He’s got good attributes to be a good full-back and it just seems that Frimpong and people like that have come in and taken his place.

“He’s obviously fell right down the pecking order. These are things that happen at clubs, you go with the best intentions: ‘I’m going to go there on loan, I’m going to play every game, play well and I’m going to sign.’ Sometimes it just doesn’t work out.”

Bauer has played 13 times for the Hoops across all competitions this season, battling it out with the likes of Jeremie Frimpong and Hatem Abd Elhamed for first-team action.

His last league appearance came in the 3-0 win over St Johnstone, coming off the bench to play the second half.

In other Celtic news, Football Insider can REVEAL the Hoops have turned their attentions to their top transfer priority this summer.